Jorge Sanchez is a footballer from Torreon, Coahuila, Mexico, who currently plays for the Eredivisie club Ajax and the Mexico national team. Besides, he is a professional-level player, and Jorge previously played for the club America. Additionally, he is positioned as a right-back and wears jersey number 19 for his fellow club.

Jorge Eduardo Sanchez Ramos is a household-name footballer of Jorge. Jorge started his career in football vocation in 2012. Since his initial career, Jorge's fame has increased each drawing day. Furthermore, he wears jersey number 19 for the fellow club. Additionally, he is a right-footed player whose current net worth is estimated to be $ 1.5 million.

Sanchez's Is The Father Of Two

The Right-winger Jorge Sanchez is a married footballer, and he is happily married to his beautiful wife, Linda Villanueva. Exploring her social media sources, Linda seems to be a model as her pictures are adorable, and she has maintained herself pretty well. But we know she is a YouTuber, and her fan following is enormous. 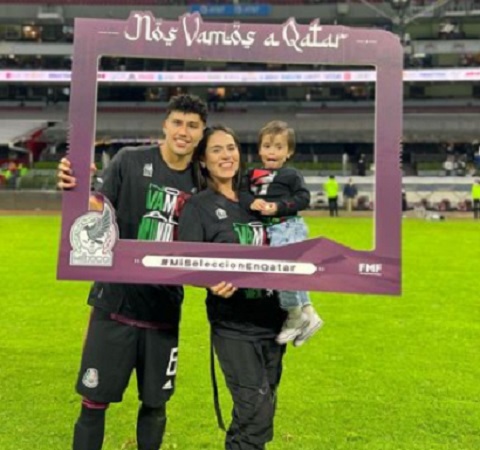 Unfortunately, Jorge hasn't mentioned the date and venue of his wedding with his wife. He is open about his wedding life and often shares pictures on his social media handle. Besides being a professional footballer, he is also a caring and loving father, husband, and son.

Similarly, he loves sharing quality time with his family when he doesn't have a busy schedule. Jorge and Linda welcomed their first child on MAY 16, 2020, and the couple gave birth to their second child, Maly, on JULY 4, 2022.

Early on January 17, 2022, the lovebirds shared pictures of the baby bump and announced their second pregnancy. The family of four is adorable, and Jorge is blessed to have Linda and the two lovely kids.

Additionally, Sanchez also made his professional career by signing a senior contract with the same club. In 2018 he joined the club America and appeared in five seasons where he also recorded two goals.

So, on August 10, 2022, he signed a four-year contract with the Dutch club AFC Ajax. Jorge has played seven games, and Sanchez has recorded 1 goal representing the club Ajax so far.

Talking about his international career, as a youth, Sanchez began his national career playing multiple events, including Under 18, 21, and 23 matches. On March 26, 2019, he started his senior career by playing a friendly against Paraguay as a starter.

As we know, Sanchez loves tattoos, and half of his body is covered with tattoos. The footballer often flaunts his tattoo on his Instagram, and his tattoo has a different fan base as his well-wishers love seeing it; we can see that he has portrayed wildlife, and one of them is an elephant. 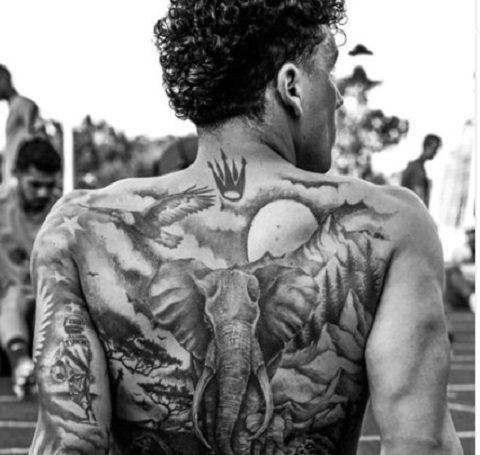 For more photos of his tattoo, we can follow him on Instagram under the username @sanchezjorgie4, where he continually shares football-related content and his personal life.

Net Worth And Salary Exposed

The Mexican footballer Jorge is one of the most successful in his squad, and he has made a notable presence in the vocation with his incredible talent and skills. Besides, Jorge's current market value is estimated to be $ 1.5 million. As of the sources, his salary is £10,000 weekly and £520,000 yearly,

Nonetheless, the latest updates on his salary and earnings get to come. As per the transfer market, his current market value is €5.00m, one of the highest valuations of the player so far in his playing history.

Similarly, the sources claim that the transfer fee of Jorge from his previous club to Ajax was €5.00m, so we can say that he must be receiving a considerable salary and chargers as per the deal.

Apart from his professional career, Sanchez also makes money from endorsements and promotions, as he often shares pictures for Nike.

Jorge was born on December 10, 1997, in Torreon, Coahuila, Mexico. And he is a Mexican citizen. Further, his mother's name is Ramos Patyee she is one of his greatest fans. Similalry, Jorge is also his mother's boy. Ramos continuously shares Jorge's pictures on her social media handle. Along with that, Jorge also has a sister whose name and details are not accessible at the moment. Similarly, the name of his father is also missing from that online source, as he mightn't be as close to his father as much as Jorge is to his mother.

Facts On his Physical Appearance

Jorge is a career-focused footballer, and his dedication and hard work have made him one of the greatest footballers. Further, he is 5 feet 9 inches tall, and Jorge weighs 76kg. Additionally, he has short black hair, and most of his body is covered with tattoos. 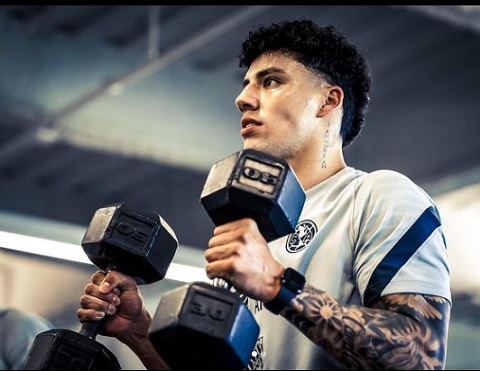 The Mexican footballer Jorge is active on Instagram and is available as @sanchezjorgie4 with more than 620k followers. Further, he has shared more than 100 posts on the handle. Additionally, he is one of the most popular and followed Mexican footballers.