Jordie Benn is a Canadian professional Ice-hockey player who plays in the National Hockey League  (NHL). As of 2019, Jordie Benn currently plays for the Montreal Canadiens as their Defence. Further, Jordie Benn previously played for Dallas Stars.

As a Defence, Jordie Benn reportedly earns around $1,100,000 as his yearly salary from Montreal Canadiens. Further, Jordie Benn has an estimated net worth of over $2 million. He is not married yet but is dating his girlfriend, Jessica Kohout.

Jordie Benn Net Worth And Salary

As of 2019, Jordie Benn has an estimated net worth of over $2 million. Further, the NHL player has an average salary of $1,100,000 annually whereas Shea Weber is among the highest earning defense of the team.

Only the best and that's @detailwerkzdallas Thanks again for making this monster shine !!

Further, he is the owns several cars including a luxury ride, Chevy Bel-Air.

Exploring his marital status, he is not married. However, he is in a romantic relationship with his girlfriend, Jessica Kohout. As per the reports, the couple met seven or eight years ago and started dating after knowing each other for six months. 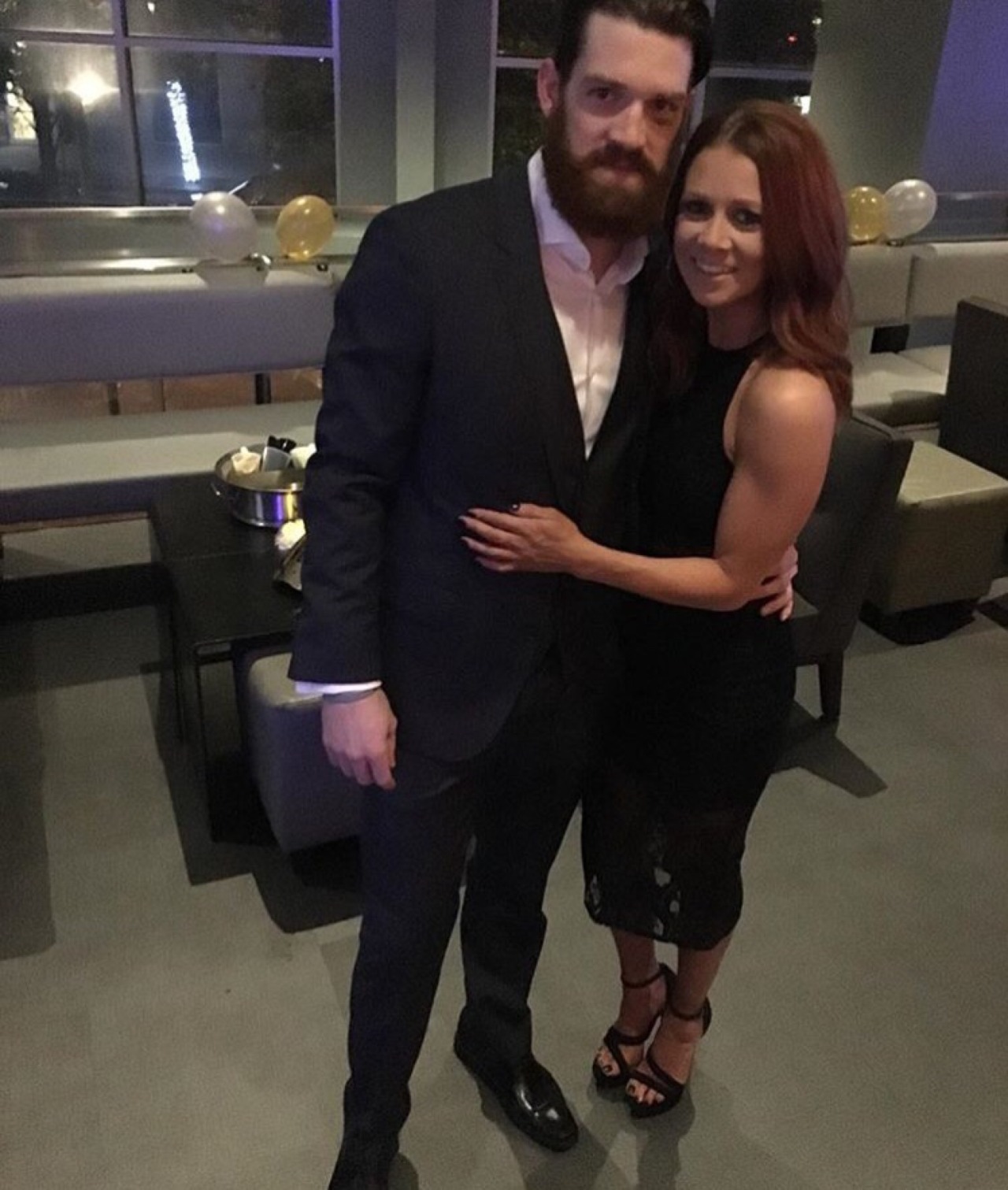 Further in one of her interview, she confessed that she is responsible for his beard, she said:

"From the beginning, I'm the one who told him - "You have such a strong jaw. You should grow out this big beard".

Got my buddy back #juice

Benn is an animal lover and is a parent of a dog with whom he loves to spend his spare time.

Talking about his body measurement, the Famous NHL star is 6 ft 1 in (185 cm) in height and weighs around 93kg.

Jordie Benn was born on July 26, 1987, in Victoria, British Columbia, Canada to parents Randy Benn and Heather Benn. As far as his racial background is concerned, he is Canadian and belongs to the White ethnic group. Further, his star sign is Leo.

In addition, he is the older brother of Dallas Stars forward, Jamie Benn.

Benn's tenure with the Stars came to an end in the middle of the 2016-17 season after seven years, as he was traded before the deadline for the Montreal Canadiens in exchange for Greg Pateryn.

Currently, he is playing under the guidance of head coach Claude Julien and playing along with his star teammates such as Tomas Tatar, Jonathan Drouin and many more.