Jordan Leslie Eberle a.k.a. Jordan Eberle is a Canadian professional ice hockey right-winger. As of 2019, he plays for the New York Islanders of the National Hockey League (NHL). He was picked in the first round with 22nd overall by the Edmonton Oilers in the 2008 NHL Entry Draft.

How Much Is Jordan Eberle Net Worth In 2019? Know His Salary and Contract

As of 2019, he has an estimated net worth of $20 million. Not to mention the significant source of his earning is NHL Career. A professional since 2009, his salary is jawdropping.

His up-coming salary from the New York Islander.

With a tremendous net worth and salary, Eberle is living a lavish lifestyle.

Is Jordan Eberle Married? Know His Wedding and Wife

Jordan Eberle is married to his long-time girlfriend, Lauren Rodych. The two has been in a relationship since their high school days. In the summer of 2016, the duo became engaged. 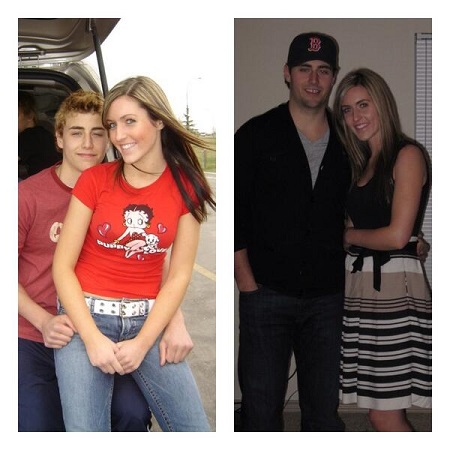 The following year on 22nd July, Eberle and Lauren Rodych tied the knot in Calgary, Alberta. 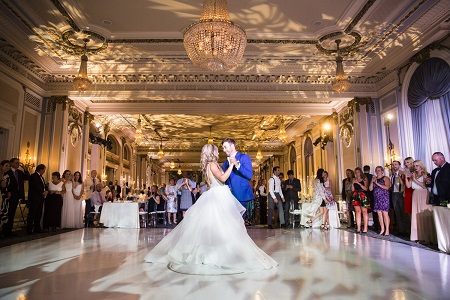 Their wedding ceremony started off with a bang with a welcome event aboard the SS Moyie, where 100 guests sailed around the Glenmore Reservoir while enjoying canapes, cocktails, and sunset the evening before the wedding. MC Jason Strudwick, Ryan Nugent-Hopkins, Taylor Hall, and Connor McDavid were some popular face who also attended the wedding.

His wife is an author and also owns a music studio.

Jordan Eberle was born on May 15, 1990, in Regina, Saskatchewan, Canada, to Darren and Lisa Eberle. His star sign is. As per nationality, he is a Canadian.

He was raised alongside his two sisters, Ashley and Whitney, and a younger brother, Dustin. Growing up, his father coached him on his minor hockey teams.

Eberle enrolled at Athol Murray College of Notre Dame in Wilcox, Saskatchewan, before relocating to Calgary, Alberta, at age 15 with his parents and three siblings. Later, he moved back to Regina to play junior hockey for the Regina Pats and attended Archbishop M.C. O'Neill High School during the hockey season. He went on to graduate from Bishop O'Byrne Senior High School in Calgary in June 2008.

Before NHL, he played for Calgary Buffaloes and Regina Pats. Eberle was selected in the first round (22nd overall) in the 2008 NHL Entry Draft by the Edmonton Oilers. on October 7, 2010, he made his NHL debut with the Oilers against the Calgary Flames. On August 30, 2012, Eberle signed a six-year, $36 million contract extension with the Oilers

His first career NHL hat-trick came on February 11, 2016, in a game against the Toronto Maple Leafs which also happened to be the final hat-trick scored at Rexall Place.

Following a poor performance in the 2017 playoffs, Eberle was traded to the New York Islanders in exchange for Ryan Strome on June 22, 2017.

Contrary to his playoff performance in Edmonton, Eberle was a significant contributor to the Islanders sweeping the Pittsburgh Penguins in the First Round of the 2019 Stanley Cup playoffs, scoring a goal in all four games and ending with nine points in eight postseason games on June 14, 2019, signed a five-year contract.