Jonathan Marchessault Net Worth and Salary in 2019

As of 2019, Jonathan Marchessault has an estimated net worth of over $5 million.

Did you Know? Andreas Athanasiou has an estimated net worth of 5 million.

Reportedly, he is a married man. He tied the knot with his girlfriend, Alexandra Gravel. Further, they exchanged the wedding vows in 2013, in a luxurious ceremony which was attended by his friends and family. 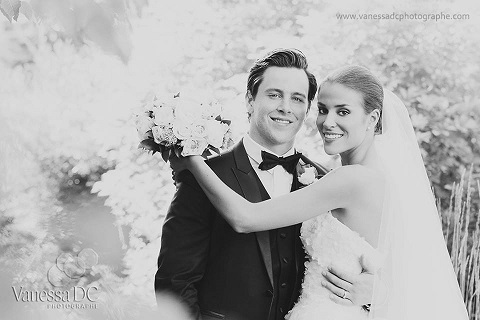 Additionally, the couple is a parent of three children named James, Victoria, and Will. Further, exploring social media accounts, the couple seems to be happy with the relationship as they spend quality time together. Despite busy schedules, he manages to go on a vacation with his wife and children. 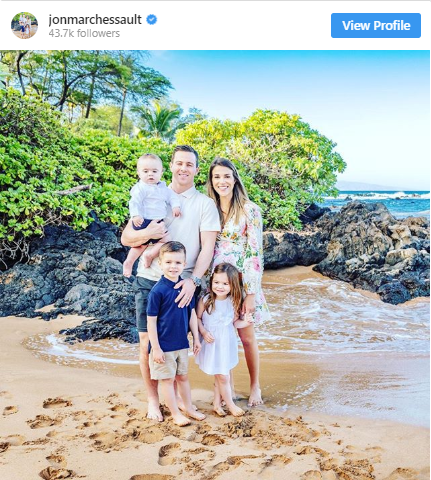 CAPTION: Marchessault with his wife and children SOURCE: Instagram

Further, there aren't any rumors of their divorce or separation in recent time and additionally, we didn't find any information about his past affairs or relationship yet.

Jonathan Marchessault was born on December 27, 1990, in Cap-Rouge, Quebec, Canada. As per his nationality, he is Canadian and belongs to the White ethnic group. Further, his star sign is Capricorn. Moreover, there aren't any details about his parents and siblings in the media yet.

Prior to his professional career, he began his junior hockey career in the Quebec Major Junior Hockey League with the Quebec Remparts.

After playing with Connecticut Whale he signed a three-year, entry-level contract as a free agent with the Columbus Blue Jackets.

The Lightning called Marchessault from the AHL's Syracuse Crunch on April 11, 2015, replacing an ill Jonathan Drouin in the regular season's final game.

He scored his first NHL career goal on April 11 and pointed to a 3-2 shootout win over the visiting Boston Bruins in a Tampa Bay. On June 28, 2015, Marchessault was re-signed by the Lightning to a two-way one-year contract.

Marchessault left as a free agent after three seasons in the Lightning organization and signed a one-way two-year contract with the Florida Panthers on July 1, 2016.

Currently, he is playing along with his star teammates such as Erik Haula, Nate Schmidt and many more.