Jonathan Drouin is a Canadian professional ice hockey player who plays in the National Hockey League (NHL). As of 2019, Jonathan Drouin currently plays for the Montreal Canadiens as their Left wing. Previously, Jonathan Drouin has played for Tampa Bay Lightning.

Jonathan Drouin Net Worth and Salary

Exploring his marital status, he is an unmarried man. According to the reports, Jonathan Drouin is in a romantic relationship with his beautiful girlfriend Emily Horswill. Further, they have been dating for quite a long time. They are spotted at several places and events together. 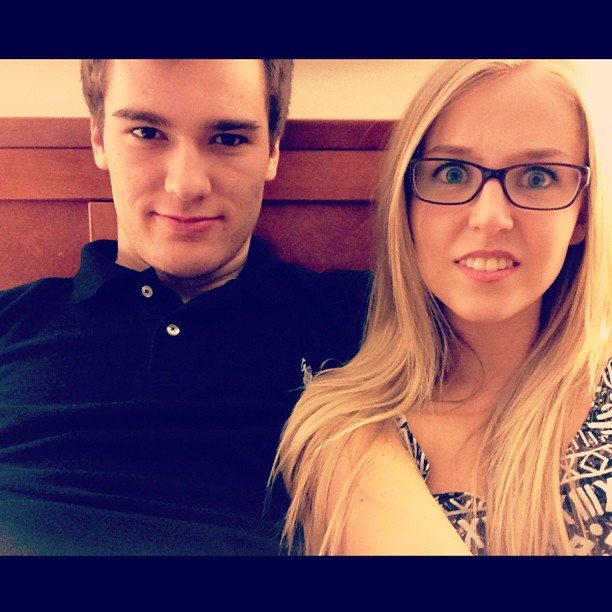 Despite being in a relationship for this long, Jonathan Drouin has not proposed his future wife yet but won't take much time either. He neither post pictures of them together. Besides this, Jonathan Drouin is an animal lover.

Further, as per the reports, he was rumored to be in an affair with Marie-Laurence Berthiaume. However, the relationship didn't last for long. Talking about the body measurements, The Famous NHL star is 6 ft 0 inches in height and weighs around 88 kg.

Jonathan Drouin was born on March 28, 1995, in Sainte-Agathe-des-Monts, Quebec, Canada to parents Serge Drouin and Brigitte Dufour. As per his nationality, he is Canadian and belongs to the white ethnic group. Further, his star sign is Aries. He grew up along with his brother, Matt Drouin.

In the first round, third overall, of the 2013 NHL Entry Draft, Drouin was selected by Tampa Bay Lightning. Drouin made his NHL debut, playing against Edmonton Oilers on October 20, 2014.

He recorded his first NHL assist on a Valtteri Filppula goal on the following day, October 21, in Tampa Bay's 2-1 overtime win over the Calgary Flames. Further, he was coached by the manager, Steve Yzerman while he was playing for Tampa Bay Lightning.

On June 15, 2017, Drouin was traded to the Montreal Canadiens in exchange for defenceman Mikhail Sergachev by the Lightning (along with a conditional sixth-round draft pick in 2018) and a conditional second-round pick in 2018. Further, he has also represented Team Canda at international level.