John Starks is a former basketball player, just like Chris Webber and Shelden Williams, who got media prominence after playing with the New York Knicks of the NBA in the 1990s. The NBA legend played for multiple teams like Golden State Warriors, Memphis Rockers, and Chicago Bulls.

Moreover, Starks retired with 10,829 career points and now serves as an alumnus and fan development official for Knicks. In addition to that, he is also a promoter and part-owner of the Ektio basketball shoe.

According to Celebrity Net Worth, Starks is estimated to have a net worth of around $20 million. The former basketball player has earned a good amount of money from his successful basketball career. Starks makes money not only from his profession but also from brand endorsements. 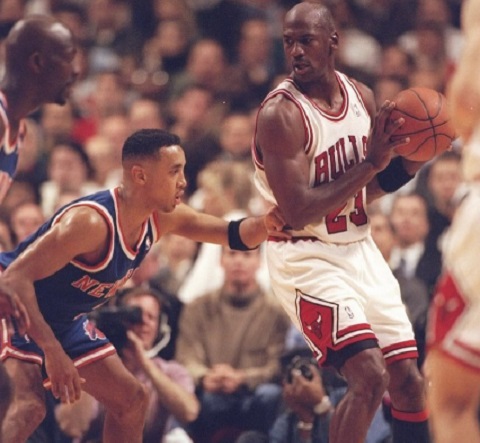 Reportedly, he owns a Kia dealership from where he may take fair cash. Similarly, Starks is the founder and president of the John Starks Foundation. When he retired from playing basketball, he also worked as a coach.

So, we can clearly see that Starks has amassed a massive fortune and lavish life.

Starks Has Three Kids With His Wife

Talking about his personal life, Starks is already married, and he has a loving wife named Jackie. The pair began dating long ago and later decided to get married. So, the duo reportedly exchanged wedding vows in December 1986.

Just a year after getting married, they welcomed their first child, a son named John Jr., in 1987. Later, Starks and his partner also gave birth to two daughters, Chelsea and Tiara. The family of five lives together privately.

Besides, Starks is active on Twitter as @starksthedunk and has been using the respective platform since February 2013. On Twitter, Starks shares updates on his professional life.

Here are Short Details On His Career

Moving into his career, Starks attended Tulsa Central High School, where he played only one year on the basketball squad. In 1984, he enrolled at Rogers State College. And in 1985, he transferred to Northern Oklahoma College.

Later in 1988. Starks earned a scholarship at Oklahoma State University, where he finished his collegiate career. Moreover, his professional career started after joining the Golden State Warriors. After that, he also played for Cedar Rapids Silver Bullets and Memphis Rockers.

Meanwhile, he moved to play with New York Knicks and was an essential player on the team until 1998. Later, he received an offer to play for Chicago Bulls and represented the team in just four games. His professional career concluded with the Utah Jazz.

Insights On His Early Life

John Levell Starks was born in 1965 in Tulsa, Oklahoma. Meanwhile, Starks' birthday falls on August 10 every year. Starks has not given much insight into his early life, due to which his family details remain a mystery. 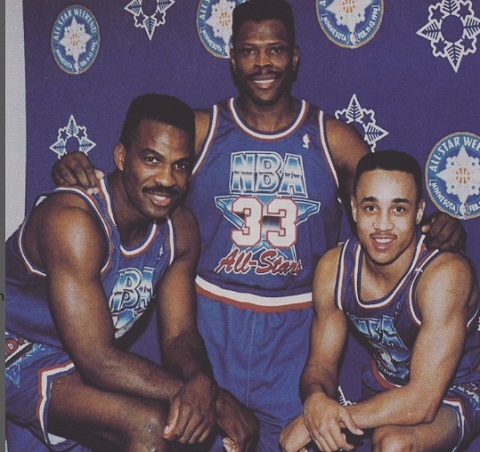 But it is reported that his mom was one-quarter Muscogee. Further, Starks holds an American nationality. Regarding his body measurement, Starks is a tall guy whose height is 6 feet 5 inches which are 1.96 m.