John Michael Gant is an American Professional Baseball Player who plays the role of Pitcher for the St. Louis Cardinals of Major League Baseball (MLB). Although being drafted in the 21st round of the 2011 MLB Draft by the New York Mets, he didn't get the chance to play in the MLB but instead has to play in the minor league for the Gulf Coast Mets. After improving his skills and ability, he made his professional debut in MLB on 6th April 2016 for the Atlanta Braves.

Michael was born on 6th August 1992 under the star sign Aries. He was born in Savannah, Georgia. After moving to Wesley Chapel, Florida at the age of 11, he became a fan of the Atlanta Braves.

The Relief Pitcher for the Cardinals has played with the team since 2017 and has shown some amazing skills and talents throughout his game which might be the reason, the Cardinals want to sign the free agent for another year for a contract worth $1.3 million in 2020 which guaranteed him $1.3 million playing alongside Matt Carpenter, Jack Flaherty, John Brebbia of the Cardinals.

John Gant interview for the Cardinals SOURCE: The Cardinal Nation

Prior to the Cardinal, he was traded to Atlanta Braves for Juan Uribe and Kelly Johnson by the New York Mets on 24 July 2015. Gant alongside Casey Kelly were the two who spent the most time in between the major and minor league in the Cardinals.

Throughout his career, he has demonstrated some aggressive pitching style which has helped him acquire a net worth of $1.5 million which also includes sponsorship and endorsement deals which he gained in his professional career.

John Gant's wife: Is he Married?

The 27-years-old is neither married nor dating anyone. There isn't any information regarding his relationship in the media. As a MLB player earning thousands of dollars, it is difficult to imagine him as a single guy without any relationship. 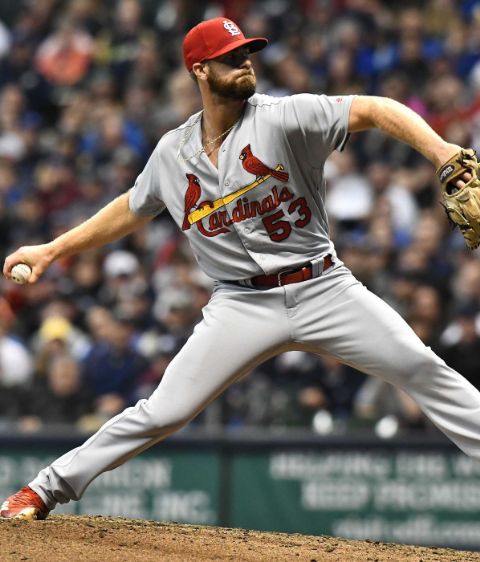 Gant is very secretive about his personal life and doesn't even use social sites to keep his private life to himself and not to the world. So we aren't 100% sure if he is single or not.

The 91 Kg was born and raised in Savannah, Georgia. After moving to Wesley Chapel, Florida, he used to watch the Atlanta Braves and became a fan of the Braves. He was amused by the game since his early life and started playing full-time baseball in his high school life.

He joined the Wiregrass Ranch High School in Wesley Chapel. In his senior year, he was committed to college baseball at Long Island University.