Generally known for his driving distance off the tee and his personal life, John Daly is the first PGA Tour player to average more than 300 yards per drive over a full season. He has won 18 professional titles which include 5X PGA Tour, 3X European Tour, Asian Tour, Sunshine Tour, Korn Ferry Tour, and PGA Tour Champions among others.

A native of Carmichael, California, Daly was born on April 28, 1966. His star sign is. Further, he holds an American nationality and is of white ethnic background.

John Daly has married four times and has three children. Currently, he is engaged to his long-time girlfriend, Anna Cladakis. 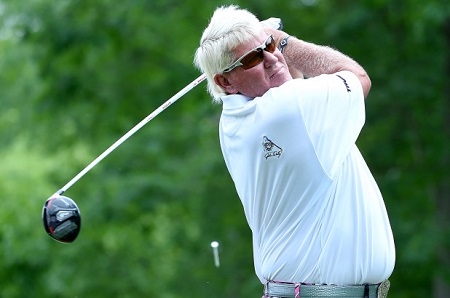 Besides, he earns much from his venture partnering with Loudmouth Golf line of clothing, including licensing deals with the NFL's Dallas Cowboys and Arkansas Razorbacks. 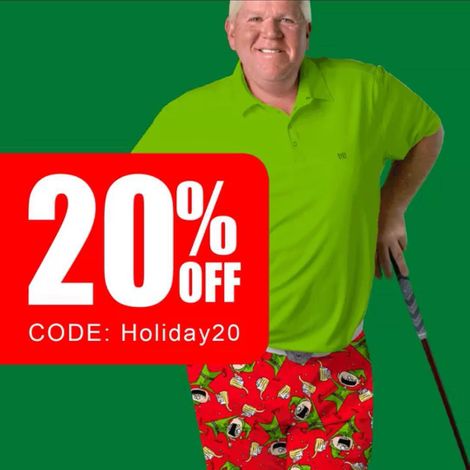 Furthermore, he also owns a company which designs golf courses (JD Designs). That firm also includes Sevillano Links at Rolling Hills Casino in Corning, California which is one of the few links-style golf courses in the Western United States. The link is named "Best New Golf Course" by Golfweek magazine.

The PGA golfer has an endorsement deal with a discount golf retailer, Rock Bottom Golf, signed in October 2014. In addition, he has signed with Prostroke Golf for the Xbox 360, PS3, and PC. Other than that, he launched a wine label John Daly Wines in 2006 which shut down shortly after.

Moreover, he has released two studio album My Life, and I Only Know One Way, through which he might have added good worth to his net worth. 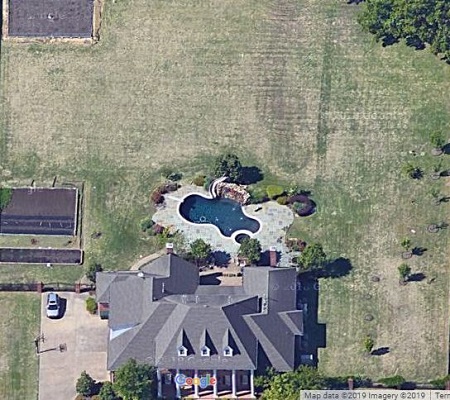 After two years, he purchased $1.6 million lavish mansions in Germantown, Tennessee (TN), US. The two-story, 7,671-square-foot home has 11 rooms, including four bedrooms and five bathrooms, plus a garage. The house was foreclosed in January 2019 and sold on 5th February on the courthouse steps for $1.2 million to Regions Bank.

Daly has earned $35 million in gambling wins while his actual gambling losses was $90 million. Between 1991-2007, his net gambling loss was about $55 million, which includes losing $1.5 million in October 2005, after winning half that amount at the WGC-American Express tournament, most of it lost on a $5,000 Las Vegas slot machine at Wynn Casino.

Known for his involvement in many charities, Daly has donated money to his high school, the Make-A-Wish Foundation, and Boys and Girls Clubs of America. An avid supporter of the sports programs at the University of Arkansas, he shaved his signature "mullet" and donated the proceeds from the event to various charities.

Back in 1991, after winning the PGA Championship at Crooked Stick Golf Club, he donated $30,000 to the family of surviving children of a tourney spectator who died by lightning and killed. At the time, he was the initial phase of his golf career and was not that rich.

At the age of 21, Daly married Arkansas girlfriend Dale Crafton, who belonged to a wealthy family. Back then, Crafton was a hand model while Daly had been playing golf for the University of Arkansas.

After their marriage, she wanted Daly to be with her in her hometown while Daly was looking forward to moving and trying to make it to the PGA Tour. However, the couple parted ways after three years in 1990, due to lack of relationship cooperation.

Following tragic seperation, Daly got into booze and gambling.

Later, he started dating Bettye Fulford, who somewhat helped him out from alcoholism. But, Daly ditched her after he got know that Fulford was ten years older than she claimed as well as had a 13-year-old son with her ex-husband. Daly at the time started dating a Paulette Dean, a 20-year-old model.

On top of that, Fulford was pregnant with their first child, which gave her the right to file palimony and paternity suits against him. Subsequently, the couple ended up marrying in 1995 and had there and his first child, Shynah Hale the next month. 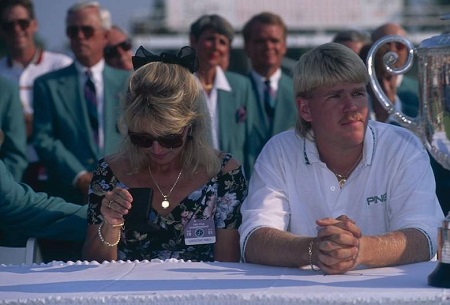 That same year, in December, Fulford charged his husband with third-degree assault for throwing her into a wall at their home near Denver.

Nevertheless, the detail of the incident remained unclear so far as public releases were concerned since Bettye did not want to pursue the matter. On the other hand, Daly stated that he did not, nor has he ever, hit or hurt a woman in his autobiography.

Upon his divorce with Fulford in 1995, he started his relationship with Paulette Dean Daly and soon exchanged the vows. The couple shares a daughter Sierra. 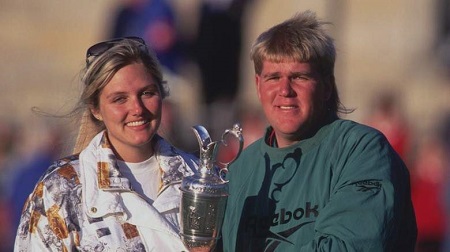 However, the couple could not handle their relationship well, which led them to end their four years of marriage in 1999.

Multiple failed relationship did not affect Daly's faith on love. On July 29, 2001, he celebrated his 4th wedding with Sherrie Miller. 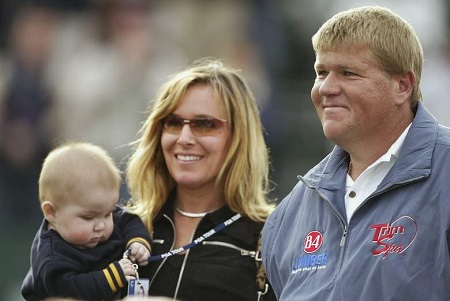 Daly has a son with his fourth-ex-wife SOURCE: heavy.com

Things seemed good until Daly and Sherrie got into a fight at a restaurant in Memphis, Tennessee, on June 8, 2007.

Later that night, Daly claims his spouse attacked him with a steak knife. He showed up for his second round on Friday afternoon with cuts and scrapes across his face. He called authorities to visit the home, but Sherrie already fled the scene and had taken their children with her.

At some point, Sherrie pleaded guilty to federal drug charges and was sentenced to a five-month prison term.

On December 17, 2010, Daly won child custody whereas Sherrie was jailed for interfering with Daly's court-ordered visitation rights and other failures to abide by the court's orders in their ongoing divorce procedure, stating  "She is not following this court's orders. That is criminal contempt."

Legendary pro golfer John Daly is currently engaged to Anna Cladakis. The duo has been dating for over a decade and will tie the knot pretty soon. When this happens; Anna will become John Daly’s fifth wife. 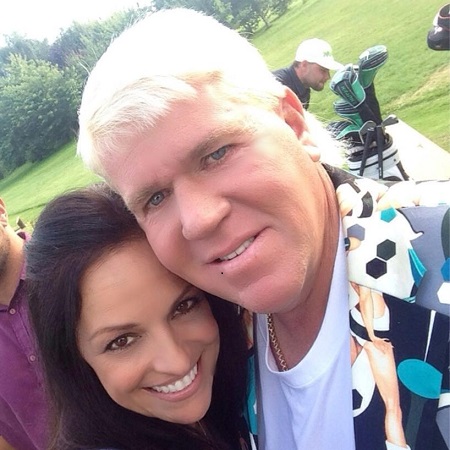 Anna Cladakis is the fiancee of John Daly SOURCE: fwags

Active on Instagram with 243k followers, he often shares a picture with his lovely lady.

In 2014, Daly’s fourth spouse, Sherrie Miller, sued Cladakis for splitting their marital affair that ended in 2007.

Daly was born to a solidly middle-class family, frequently moving in small towns across the southern states. His father, Jim Daly, is a construction worker for industrial plants whereas his mother, Lou Daly, is a homemaker. He grew up alongside his older sister and older brother Jamie.

A professional since 1987, Daly joined the PGA Tour in 1991 and won the PGA Championship that August. Further, he gained other four PGA Tour.

His last PGA Tour win came in San Diego in 2004, where Luke Donald and Chris Riley were runners up.

Following 2006 season, his career started to falter. He had difficulty making cuts and staying on tour.

Moreover, the fifty-three years old is the only golfer from either Europe or the United States to hold two major golf championships titles but not be selected for the Ryder Cup since that event started in 1927.