Chris Starkjohann is an American professional golfer who competed on the Nationwide Tour and the Champions Tour. Turned professional in 1976, he compiled 10 wins (1 Korn Ferry Tour and 9 others). Currently, he works as an instructor at the Carlsbad Golf Center in Carlsbad, California.

How Much Is Chris Starkjonn's Net Worth In 2021?

It's been over four decades that Chris Starkjonn is active in the golf world. The professional golfers are paid a percentage of the purse for each tournament they play in and finish in the money. To date, he made $317,858 (career earning) from his golf career. Also, there is golf-related endorsements.

Currently, he works as an instructor at the Carlsbad Golf Center in Carlsbad, California. The average annual pay for a Golf Instructor in the United States is $44,310 a year.

Starkjohann is a married man. He tied the knot with his girlfriend, Tracy. However, there is less to no information regarding their love life such as when they started dating, when they got married (date and venue). 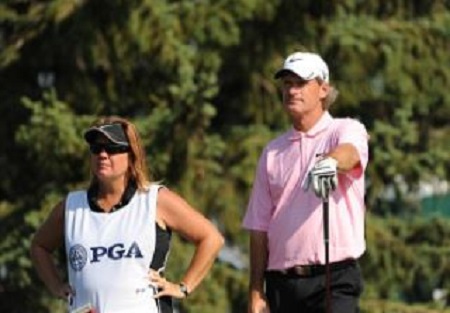 After deep research, it comes to know that, Starjohann and his spouse together raise a foster daughter, Victoria. But, it is still unknown if the duo shares a bio child or not. Besides, there is no news and rumors related to his personal life.

Turned professional in 1976, Chris Starjohann joined the Nationwide tour in 1993. However, he competed in two events on the Tour between 1994 and 1997 and eventually rejoined the tour in 1998. That year won the 1998 Nike St. Louis Classic though he made only two of thirteen cuts.

In 2006, Storjohann joined the Champion Tour, earning his Tour card through qualifying school. From 2007-2008, he played in four events again rejoining the tour in 2009 after going through qualifying school for a second time. That year, his highlight on the Championship Tour captured at the Senior PGA Championship where he finished in a tie for 5th.