The Venezuelan-born football player Joel Graterol is a goalkeeper for the club América de Cali. Further, he has earned five caps with a record of zero goals so far. Joel has amazing skills and techniques as a goalkeeper. Additionally, he wears jersey number 1 for his current club.

The Venezuelan goalkeeper, Graterol, began his youth career by playing for the club Carabobo. Since his early career, Joel has played for many clubs. Furthermore, Graterol is one of the adorned players of the América de Cali team. Further, Joel has a current market value of 1 million Euros.

The Venezuelan footballer Joel is among the best teammates of América de Cali and has maintained a well-living standard with a net worth of millions of dollars. As mentioned earlier, he professionally stepped a foot in this line in 2015. Since then, he has been playing for many clubs and earned well money over the sources of his football career. 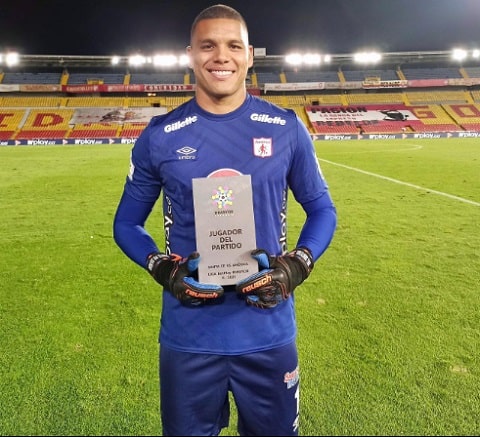 Furthermore, Joel's net worth is estimated to be $ 1 million- 1.5 million, but the exact details of his net sum are yet to get exposed. Moreover, The transfermarkt estimates Graterol's market value to be 1 million Euros as of Jun 7, 2021 updates. As per the sources, he joined the club on Jan 1, 2020. Well, the player hasn't openly shared his earnings and salary, but we can assume that he enjoys a lavish life with such grand money.

In addition to this, Joel's primary sources of income in his professional football career, but rather than that, he also gains from endorsement and sponsorship agreements. Joel appears to be a traveling lover as he keeps sharing pictures of visiting new places and living a luxurious life along with his loved ones.

Have A Look At His Love Life: Is Joel Dating?

The fan's favorite, Joel, is in a romantic relationship with his girlfriend, Dhanielis Jolek, who is 25 years old as of the current year. Besides, the lovebirds have been in a relationship for a long time and are meant to be a couple of goals. Fans are always curious to explore Graterol's lovelife apart from his professional career only.

So, while exploring his social media handles, we can find many numbers of photos where the couple are spending quality time with each other in their free schedule. Dhani seems to engage in a modeling sector as she has maintained her fitness well. 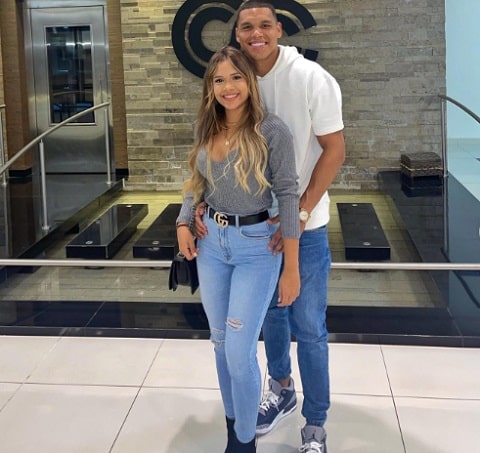 Additionally, the sweet couple has always been open about their relationship, but they have never discussed it comfortably in any media sources. Nonetheless, we know Joel and Daniel have been in a relationship for more than a decade, and all of their fans eagerly wait for them to announce their wedding, which might take some more years as the duo is currently focusing on their career than anything else.

The goalkeeper, Graterol, has a long career history of participating in athletic events. Further, he always had a keen interest in sports and extra curriculum activities from his school age. So, his dedication and passion for football brought him to be one of the best Venezuelan footballers.

So far in Joel's football career, he has played for three clubs. More, people began to recognize him professionally in 2015. before becoming a footballer, the athlete played Carabobo, a Venezuelan football team playing at the top level in his youth career. He debuted his senior career in 2015 and played three seasons in Primera División for the club by playing for the same team. 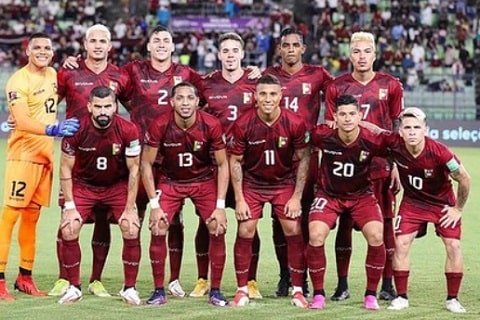 Moreover, in 2017, he joined the Barinas-based Zamora Fútbol Club. By representing the club, he played in various events, including seasons 2017, 2018 and 2019. According to the reports, he had a deal with the Columbian professional football club, América de Cali, in 2020.

While playing for his national team, Joel assisted the team in the South American Youth Football Championship and obtained Third Place.

His Age And Personal Details

The talented player Joel was born on Feb 13, 1997. Further, his birth name is Joel David Graterol Nader, and his beloved parents raised him in Valencia, Carabobo. Similalry, he is a citizen of Venezuela. Likewise, Joel is the son of Katy Ninoska Nader Lara and Willian Graterol Apart from their names, we are not provided much about their personal and professional details.

More on this, the player maintains a good relationship with both of his parents and often shares time with them in his free schedule. Similalry, his mother, Katy, loves to travel and spend quality time with her family. Looking at Joel's parent's pictures, they seem to be involved in business or any job. Additionally, he also has a brother named, Jorge Graterol who is 22 years of current years. 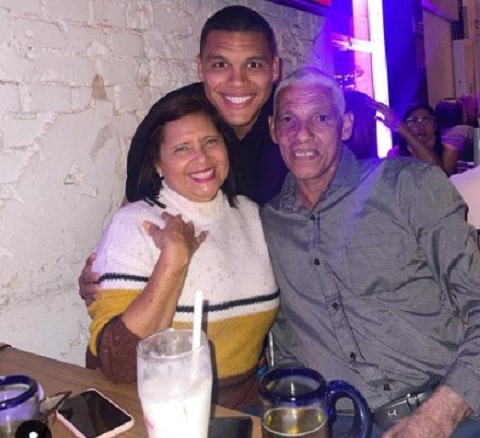 We must say, Graterol is blessed enough to have such amazing parents who support him and his dream career. Still, Katy and Willian attend Joel's matches and cheer him up. While digging more into his career, Joel stands at 6 feet tall he has a well-built body.

The popular and professional goalkeeper mostly uses Instagram over other social media handles. We can follow him under the username @jgraterol1, where we can see more than 75k people follow him. Likewise, his account is already verified. The top concern among Joel's fans is passing daily information and updates. Likewise, Joel is a career-focused player. He mostly prefers sharing football-related content so that we can find his Ig wall full of football-related pictures and videos. Moreover, Joel is one of the Venezuelan football players including, Fernando Aristeguieta who enjoy a massive fan following online.