Joe Allen is a Welsh professional football player who plays as a midfielder. He is a part of the Welsh national team and the Championship club Stoke City F.C. He is an extremely talented player with over 20 years of playing experience.

Hailing from the suburbs of Carmarthen, Wales, Joe Allen was born in 1990. He celebrates his birthday on the 14th of March every year. Likewise, he goes by the birth name of Joseph Michael Allen.

His father's name is Steve, and his mother's name is Jane. While his mother works as a nurse, his father serves as a dentist. Apart from his parents, he also has three siblings named Kate, Harry, and Amy. He has a good bond with all of his family members.

As for his education, he initially attended Narberth Primary School before enrolling at Ysgol y Preseli, a bilingual school in Pembrokeshire.

Joe Allen started playing professional football in 1997 after joining the youth academy of a local club, Tenby. In 2000, he joined the youth academy of Swansea City and began playing for Swansea's different age group teams. Seven years later, he was finally called up to play for the first team. 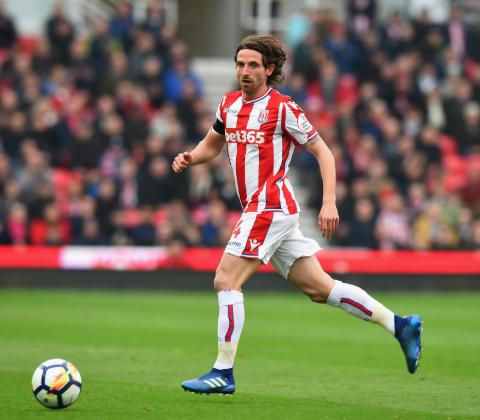 After spending a season with the first team, he was sent on loan to Wrexham. Upon his arrival at Swansea in 2009, he was once again playing for the club. However, time got difficult for him due to injuries. Nonetheless, he recovered back and continued to give his best.

In the July of 2016, Joe signed a long-term contract with Stoke City, in a transfer fee worth £13 million. Since then, he has been a part of the team, appearing in over 171 games and scoring 18 goals. 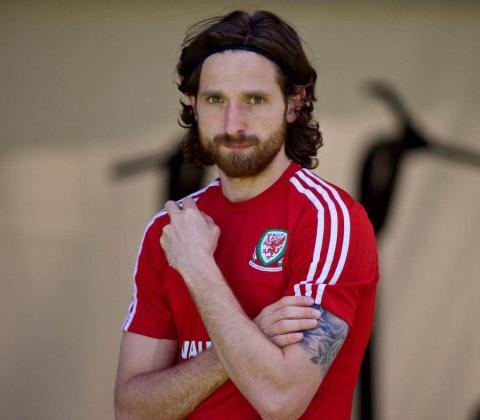 In 2009, he finally got called up to play for the Wales National team (senior). Since then, he has been a very vital player for the Wales team. He was an important player for Wales during the UEFA Euro 2016, helping the nation reach the semi-finals.

To this date, he has earned more than 55 caps playing for his nation. Furthermore, he was also included in the Great Britain team at the 2012 Olympics.

The Welsh footballer has had an illustrious career in the field of football. His good performance has directly influenced his career earnings, too. It is believed that he is earning a total salary of £50,000 per week and £2,600,000 per year while playing for Stoke City. Likewise, his current market value is €2 million. 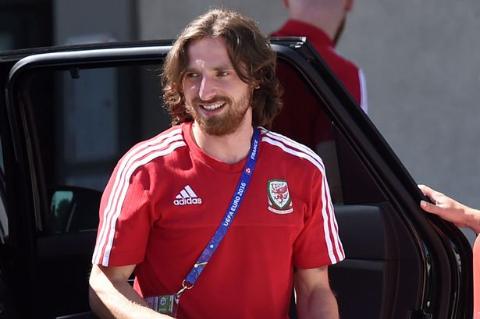 Joe Allen stepping out from his car SOURCE: mirror.co.uk

As he earns such a healthy amount, it must be sure that he has invested in some field, such as in buying real-states (houses, properties, farms, etc.) or in vehicles like cars or motorbikes. Sadly, those details are yet to be disclosed.

Moreover, with such amazing career earnings, his net worth must be in the millions. As per sources, it is reported that Joe Allen has a net worth of around $5 million - $7 million. He earns such figures from being a valuable Wales national team player and Stoke City player.

Who is Joe Allen Married to? (Wife and Children)

The Stoke City midfielder is a happily married man. He is currently married to a beautiful woman named Lacey-Jo Hughes. The husband-wife duo shared the wedding vows in 2014.

From their marriage, the couple is blessed with a son named Alfie Allen. The family of three relishes every moment they spent with each other. They currently live happily in their Chester, U.K. residence. 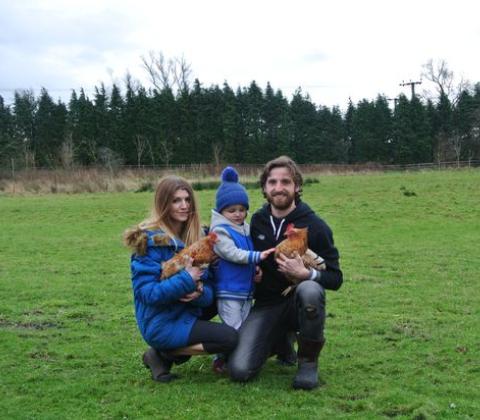 Sadly, there are not many details about Joe's marital life or his wife and son, as the footballer likes to keep those details private. The other big reason behind the lack of information is Joe's zero social media presence. The Welsh footballer is disconnected from the social world and isn't available on any social media platforms.

Nonetheless, the one thing known is that Joe's wife, Lacey, is involved in animal welfare. Due to his wife's influence, Joe has been adopting hens to save them after they can no longer lay eggs.