Jimmy Lake is a rising American football coach. He has been working in the football sector for more than two decades. Lake worked as the head coach of the University of Washington for a season. Jimmy has coached at both the National Football League and college football levels, primarily overseeing defensive backs.

Jimmy Lake was born James Paul Lake on December 17, 1976, in Walnut Creek, California. He has not shared much about his parent and siblings. His father served in the U.S. Air Force, and the family lived in various locations, including overseas tours in Turkey and the Philippines. Lake graduated from North Central High School and enrolled at Eastern Washington University.

Jimmy played several sports in his High School, including football, basketball and baseball. He played college football as a strong safety from 1995 to 1998. Lake received honorable-mention All-Big Sky recipient, team captain, and was named the All-Big Sky Conference Academic Team. After graduating from the University, The player started working as a graduate assistant and joined Eastern Washington as their defensive backs coach. 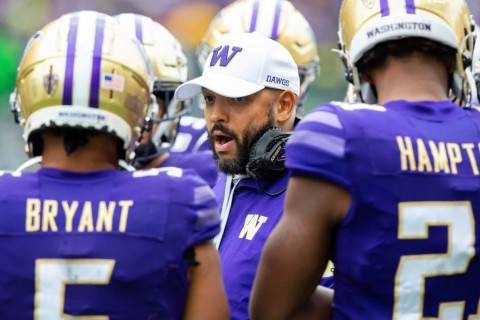 Jimmy worked as the Head Coach for Washington for two seasons SOURCE: The Athletic

In 2014, the University of Washington hired him as their new defensive back coach. In 2016, He got upgraded to Defensive coordinator with the team. In 2018, Jimmy became a full-time defensive coordinator, and then in late 2019, after the resignation of Chris Peterson, Lake started working as their new head coach. He did not have a good start to his head coach career, and hired him in November 2020.

Jimmy is married to his longtime girlfriend, Michele. Although, They had been good friends for several years. They eventually opened their feelings and got married in the late 1990s. The love birds had a private wedding ceremony, and none of them was famous at that time, so much about their wedding is under the radar. 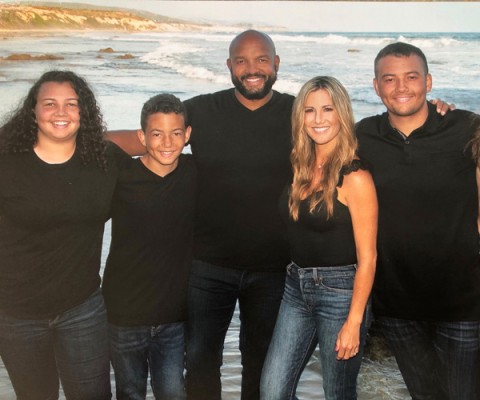 Jimmy shares a photo with his family at vacation SOURCE: University of Washington

Jimmy and Michele are the proud parents of three children. Their eldest son Jimmy Jr was born in early 2000, an Arizona State student, Faith, heading to Colorado State this fall, and Bronson, a middle-schooler.

Jimmy Lake has an estimated net worth of more than $5 Million. He has earned most of his net worth through his successful career in American football. In2017, he earned a salary of $650,000, which increased to $1.1 million in 2018, making him the second-highest-paid assistant coach in the Pac-12. In 2019, Jimmy signed a three-year contract worth $10 Million with the University and will receive his monthly salary in the next two years.