Jhye Richardson is an Australian Cricketer, and he made his International Cricket debut in February 2017. He is mainly a right-arm fast bowler, but he also does batting as a right-handed. He can swing a ball at a speed of 140 km per hour and provides different trajectories in three formats.

How much are his salary and net worth?

Jhye Richardson's Net worth is around $4 million according to the 2022 report, whereas his annual net worth according to 2021 is $3 million. He has purchased an expensive four-bedroom house on a five-acre block in Banjup. The new Jhye Richardson house has cost him $1.215 million (i.e., approximately nine crores).

Is he involved in any relationship, or is he married?

Currently, Australia Richardson's player is dating Jessica Moxham from the west, but they haven't done married yet. They have been dating each other for many years, and they two look best together.

On another side, they aren't seen in a public place together many times. Maybe they want to keep their relationship private until it is successful.

Currently, player IPL Punjab Kings player Richardson was born on 20 September 1996 in Murdoch, Western Australia. His favorite badman is Virat Kohli from Indian Cricket Team, and his famous bowler is Dale Steyn. His folk's name is Jim Richardson and Karen Richardson, and his brother's name is Tory Richardson. 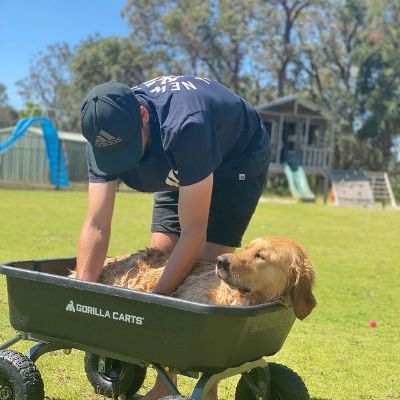 While talking about his physical appearance, his height is 5 feet 10 inches, and his weight is 70kg. His zodiac sign is Virgo, and he is white and brown. He likes dogs because he has randomly posted dog photos and videos on Instagram.

How much is he involved in social media?

Richardson is not that active on social media, but on Instagram and Twitter, he is busy. He has a good fan following on Instagram with 44k fan followers, and he has followed 921 people on Instagram, including some of the famous cricketers. 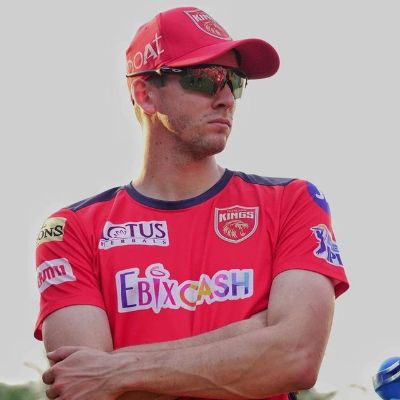 Fast bowler Richardson made his first debut in 2016 at the age of 19 in the BBL season, and he has done the best performance for Perth Scorchers. Similarly, he was consistent among the wickets, and he won the Man of the match title in the final match, winning the BBL season that year. 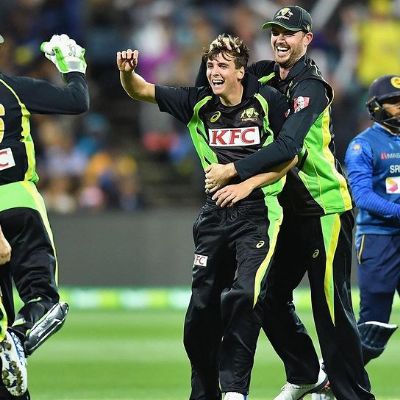 He started his international career in 2017 by playing the T-20 game for the National Team, but his performance wasn't that good. He did not do good in International T-20 games, and he made his ODI debut on 19 January 2018.

He had an impressive performance in that match against England, and after that, he was called for the test match against South Africa. Similarly, his career has been promising in IPL and BBL seasons.