Racine, Wisconsin native Jesse Marsch was born on 8th November 1973, under the star sign Scorpio. The forty-seven years old holds an American nationality and is of white ethnic background. He is the son of Larry Marsch. Further, the three siblings, including a sister named Sara Marsch.

RB Leipzig announced Jesse Marsch would soon join Bundesliga's side as a club coach for the upcoming 2021–22 season. However, none of the parties has disclosed monetary information. According to the source, the average salary of a manager in the league is €1.5 million. Hence, Marsch is assumed to make no less than the seven-digit figure there.

Not to mention, Jesse is in the coaching field since 2010 after his retirement as a soccer player. He earned $159,375 in 2009 from Chivas USA. Nevertheless, his salary as a football manager was never public.

Jesse Marsch is a married man. He tied the knot with Kim Marsch, with whom he shares three children: Maddux Marsch, Lennon Ramon Marsch, and Emerson Marsch. 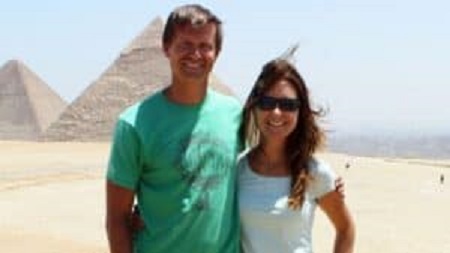 The Marsch family is an avid traveler. Once Marsch took a sabbatical from football for six months to travel to 32 different countries, he stayed in hostels to broaden his perspective on life. Also, the football manager threw himself into learning German.

Jesse said he wanted to embrace every culture and learn something from every place and its people.

Journey From Player To Coach

In 2010, Marsch retired from his playing career and pursued a career as a coach. First serving as an assistant with the U.S. national team.

He spent the 2018-2019 season as an assistant for RB Leipzig. In 2019, he was appointed the coach of Red Bull Salzburg in the Austrian Bundesliga.