Jesper Bratt is a Swedish professional ice hockey player who plays in the National Hockey League(NHL). As of 2019, Jesper Bratt currently plays for the New Jersey Devils as their Left Wing. Jesper Bratt has played for Devils since 2016.

Bratt reportedly earns around $825,000 as his yearly salary from New Jersey Devils. Further, Jesper Bratt has an estimated net worth of over $1 million. Jesper is currently dating his girlfriend  Felicia Linder.

Jesper Bratt was born on 30 July 1998, in Stockholm, Sweden to mother Karin and father Conny. As per his nationality, he is Swedish and belongs to the White ethnic group and his star sign is Leo.

Jesper Bratt's Salary and Net Worth

As of 2019, Jesper Bratt has an estimated net worth of over $1 million which is the same as that of Matthew Peca. His annual salary for the current season is reported to be $650,000.

Jesper Bratt reportedly signed a three-year contract worth of $2,475,000 contract with New Jersey Devils. Furthermore, the contract includes a guaranteed sum of around $2,475,000 with a signing bonus of $247,500.

The total estimated career earnings of Jesper is tabulated below:

Jesper is currently dating his lovely and gorgeous girlfriend Felicia Linder.  So far there is no news claiming that they are married or engaged.

His girlfriend Felicia is a hockey player in Luleå in SDHL. 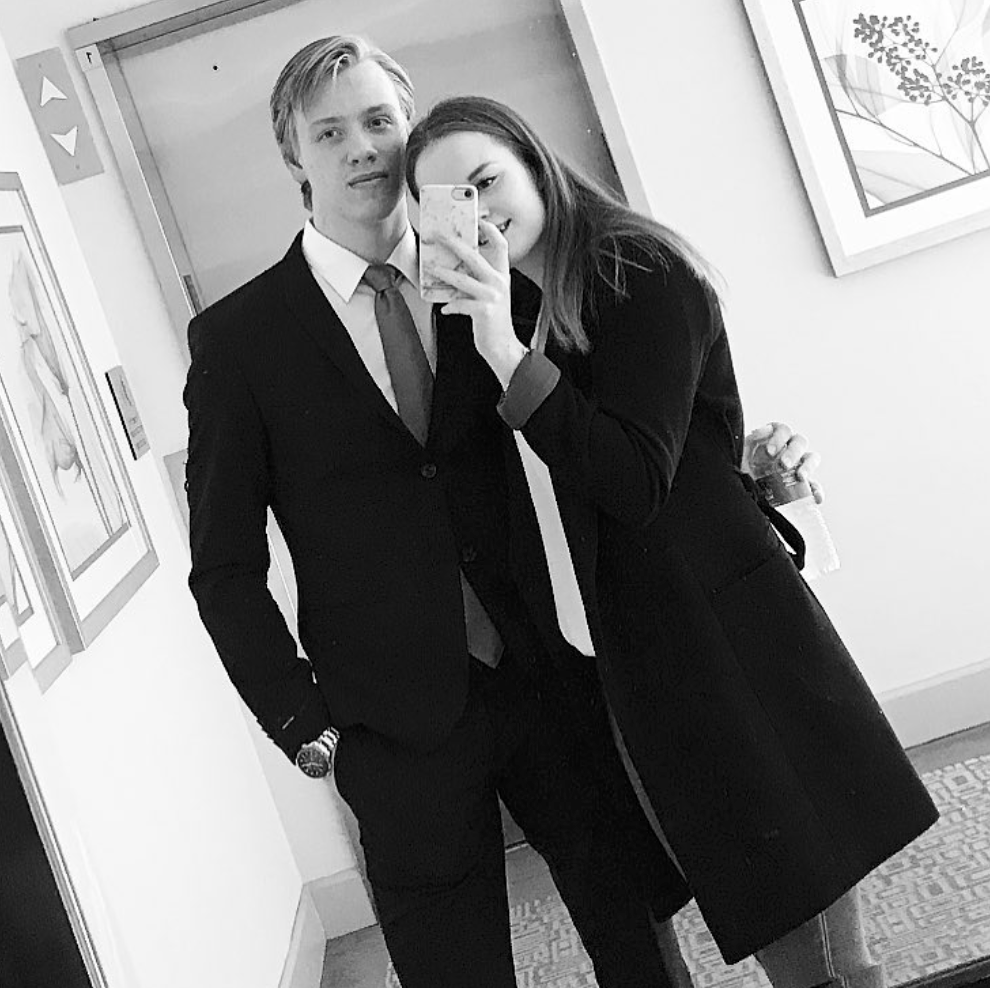 Besides, there are no rumors and controversies about his past relationship/affair on the media. Since Jesper is only 21 years old, so he might be focusing on his career. Jesper might be planning to get married to his girlfriend after some time since they have just started dating each other.

Jesper has a very much loving, caring, and a supportive family who always supports in his career upliftment.

Besides, he has a height of 5 feet 10 inch along with a weight of 79 kilograms.

Jesper's NHL career started after being drafted in the 2016 NHL Entry Draft and later signed a three-year contract with the New Jersey Devils on 13 May 2017. 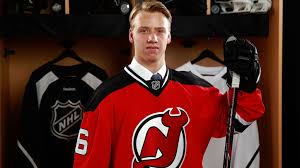 During the game against Colorado Avalanche, he scored two points and they won over the Avalanche team. He was injured during a practice game but later made his debut against Toronto Maple Leafs in the 2018-19 season on 9th of November.

Besides him, other famous left-wingers are Jujhar Khaira who plays for the Edmonton Oilers, and Michael Haley who plays for Florida Panthers.