Jerrion Ealy is an American college football player who recently represented the Ole Miss Rebels. With the team, Jerrion Ealy has been named three times the Second Team All-SEC from 2019 to 2021. He recently declared that he would be entering the 2022 NFL Draft as he previously did not sign with Arizona Diamondbacks in the 31st round of the 2019 Major League Baseball Draft.

Born on 19th August 2000, Jerrion Ealy is currently 22 years old. He holds an American nationality and is of Afro-American ethnic background. Ealy was born to Simmons and Howard Ealy, and they have always supported him on every path of his career.

Ealy started playing football with the Jackson Preparatory School, where he has been named MVP of the 2019 Under Armour All-American Game. During his school career, he rushed 5,000 yards with 84 touchdowns.

After graduating from high school, the Running back committed to college football and college baseball at the University of Mississippi. He was a top baseball recruit where he played 2018 Under Armour All-America Baseball Game and was drafted in the 31st round of the 2019 MLB  Draft. 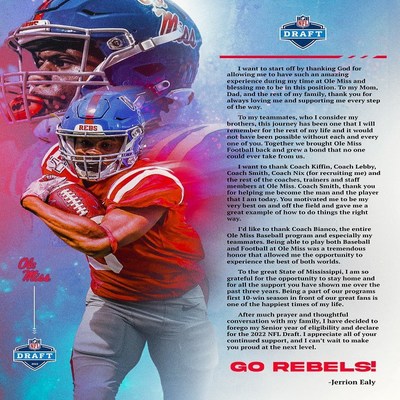 Ealy rejected the draft and attended Ole Miss, where he recorded 722 yards with eight touchdowns.

As of 2022, Jerrion Ealy stands 5 feet 9 inches tall and weighs over 82 Kg. He falls under Afro-black ethnic community and has long curly brown hair. 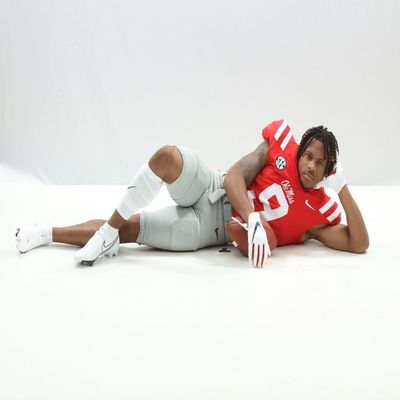 As a matter of fact, high school athlete does get paid or have a salary representing their school team. For sure, Jerrion Ealy has earned huge fame from his high school football career but not money.

Ealy has been earning well enough from endorsements, sponsorships, and merchandise despite playing for college. Ealy has not earned a huge amount playing for the college team, but he announced to join the NFL Draft in 2022, where being selected in the first round might lead Ealy to earn millions in the future. 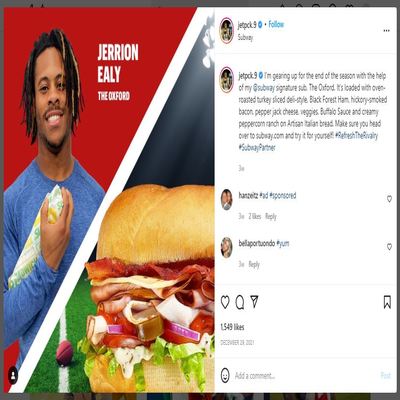 As of 2021, his net worth is under review, and he has often been seen posting about Offical subway on his Instagram posts. He might earn well through his advertisements for the Fetch Delivery.

There is no information available regarding Jerrion Ealy's love life, not even his relationship status. His socials only feature his football and solo posts. He has dropped no hint about his girlfriend. As of now, the American football player is believed to be single.