Jerome Ford is a rising American college football player. He is currently playing for the Cincinnati Bearcats in the American Athletic Conference. Jerome plays as a Running back for his team. Ford was named ACC Championship MOP and First-Team All-AAC in 2021.

Jerome Ford was born in the late 1990s. There is no official news of his birth date in the public. Much about his parent is under the radar. Ford graduated from Armwood High School and enrolled at the Univerisity of Alabama. Jerome stands five feet and nine inches tall and weighs 100 kg, talking about his physical appearance.

Jerome started playing football in his early days. He represented Armwood High School in numerous sports. The player committed to playing American football in High School. Ford was one of the top running back talents from the talent-rich state of Florida and was a four-star runner and the No. 6 all-purpose back nationally by 247Sports. Jerome initially committed to play for Crimson Tide over Arizona, Nebraska, USF and UCF. 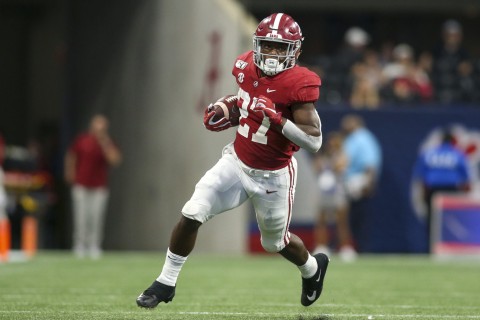 Jerome is currently playing for the Crimson in the AAC SOURCE: ESPN

Jerome represented the University of Alabama in just four games and averaged 5.3 points per game in rushing. In his sophomore year, The player played in four games and had a decent average. Ford moved to the University of Cincinnati for his junior year. He got to flourish his games and appeared in ten games. During his first year at Cincinnati in 2020, he played 10 games as the backup to Gerrid Doaks, rushing for 483 yards on 73 carries with eight touchdowns.

In the senior year, Ford appeared in thirteen games and rushed for 1,319 yards averaging 6.1 points. At the end of the season, He was named in the ACC Championship MOP. The player was listed in the First-team All-ACC for 2021. After graduating from University, Jerome has enlisted his name for the 2022 NFL draft. He is among the top prospect in the coming draft. Ford is preparing for the upcoming NFL draft.

Jerome is an active social media user. He keeps sharing numerous personal information in the timeline. Following his timeline, we can ensure that Ford is single as of early 2021. The player seems to be focused on the upcoming NFL draft. He is very close to his family and friends and likes to spend his free time with them.

Jerome Ford has not signed any major contracts or deals. University does not pay their athletes with salary but rather offers them scholarships to cover most of their college expenses. The base salary of an NFL rookie salary if $660,000. In the 2021 NFL contract, Trevor Lawrence was drafted as the first pick with a contract of $36.8 Million and $24.1 Million as his signing bonus.