Jerick McKinnon born as Jerick Deshun McKinnon is an American football running back who currently plays for the San Fransisco 49ers of the National Football League (NFL). He also played college football for Georgia Southern and drafted by Minnesota Vikings in the third round of the 2014 NFL draft.

Jerick McKinnon girlfriend Giuliana is a personal trainer. On March 14, 2018, he agreed on a four-year, $30 million contract with the San Fransisco 49ers.

He was born on May 3, 1992. Atlanta, Georgia, United States was his birthplace. He is an American by his nationality and his ethnicity is black. And his birth sign is Taurus. He was born as the son of Rungie McKinnon and Frances McKinnon.

He attended Sprayberry High School in Marietta, Georgia and he has shown his dual talents in the game of football and track. He was very good in his game and as a junior; he was the associate of the team that won the region championship playing as a wide receiver en route to earning MVP accolades for the National Underclassmen Ultimate 100.

After high school graduation, he went to Georgia Southern University. He enrolled there from 2010 to 2013. He was recruited as a quarterback and he has shown his potentialities in all season of his game. He was awesome in junior as well as senior season too. 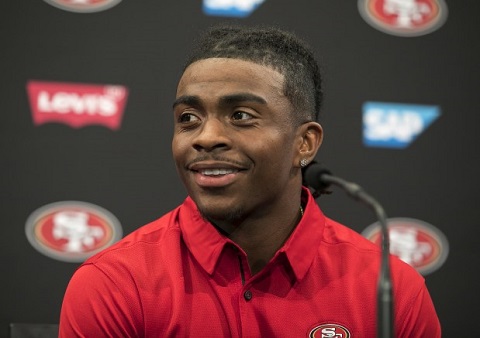 Exploring her personal life, he is not a married man. He does not have a wife in his life. Currently, he is in an affair with Giuliana who is a personal trainer. They often were seen together in parties and public places. 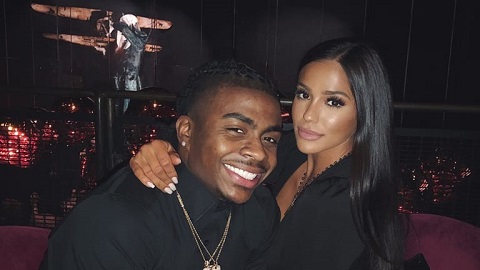 Besides her career, traveling, skiing is his hobbies. He has never been the part of any rumor and controversy till date.