Jeremy Joan Pena, aka Jeremy Pena, is a famous Dominican American professional baseball player contesting in Major League Baseball (MLB). He is a shortstop for the Houston Astros. Before playing in the MLB, Pena played his college baseball at Black Bears. He is the 2018 MLB Drafted player.

The 2022 ALCS MVP, Jeremy Joan Pena, was born on September 22, 1997, in Santo Domingo, Dominican Republic, under the sun sign, Virgo. The Dominican nationality is one of the high-star prospects on the team. More, Jeremy measures his height at 6 feet and weighs over 202 lbs or 91 kg.

Is He In a Relationship? Who Is His Girlfriend?

Yes, the Astros shortstop is in a relationship with a gorgeous lady Vasiliqi Tulla. He is very secretive about her. Despite sharing her pictures, he keeps his detailed facts away from social media. The pair are hardly open about it. As a consequence, the majority of people are unknown of their love life. 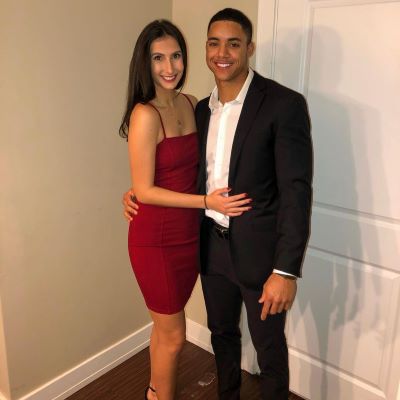 Maybe he is uncomfortable revealing this, so we might have to wait a bit longer about this fact.

Jeremy Pena, the 2022 World Series MVP, just entered MLB in a recent year (2022). So he is still yet to make money from his MLB career. By the Spotrac database, the Dominican shortstop will net $700,000 from his current team. Likewise, he has credited a signing bonus of $535,000 after the Astros drafted him in 2018. The athlete is still struggling to make his excellent spot in the MLB. If he continues working hard, no one can stop him from earning millions in his baseball career.

Despite having an extraordinary financial situation, he still prefers to live a simple life. So as of today, the Domingo-born player has an estimated net worth of around $1 Million. Jeremy is among the most popular and highest fans following players in the MLB. The athlete grabs his strong social media presence as an opportunity to generate income.

The 25-year-old shortstop Jeremy was born in a family where baseball was everyone's favorite. On top of that, his father Geronimo was a former baseball infielder who played for St. Loius Cardinals and Cleveland Indians from 1990 to 1996. His mother's name is Cecilla Pena. His family is Dominican Republic natives who later moved to the Province of Rhode Island. 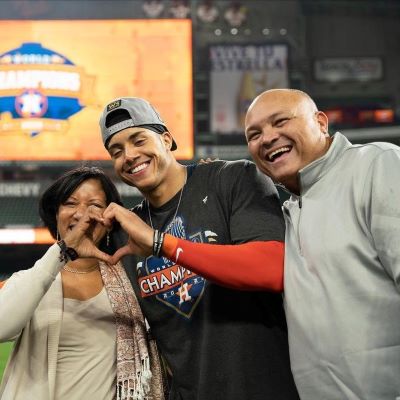 His parents supported him in the 2021-22 season  SOURCE: Instagram

At the time, the athlete was just nine years old. Furthermore, Jeremy is not the only child of his parent's happy marriage. He has three siblings. They are Austin, Carlos Felipe, and Geicy.

To get more exciting facts about the athlete, you may visit Playerswiki.