Angel Yin is a rising American professional golf player. She has been playing on the LPGA tour since 2017. Angel started her professional career in 2016 and made her debut in Symetra Tour. Yin was also part of the Ladies European Tour. She has already won a major tournament to her name at the 2017 Omega Dubai Ladies Classic.

Angel Yin was born on October 3, 1998, in Los Angeles, California. She is the only child born to Michelle Liu and her husband. Her mother is a businesswoman who immigrated to the U.S. from China. Yin is yet to share information about her father with the public. It seems like her mother raised her as a single parent. She completed her High School at Arcadia High School and started her professional career.

Angel Yin has an estimated net worth of more than $2 Million. Yin has become successful in gathering most of her net worth through her career in golf. A golf player does not need to win a tournament to earn money; they are paid based on their score. Angel has several sponsors like Adidas, JDX. 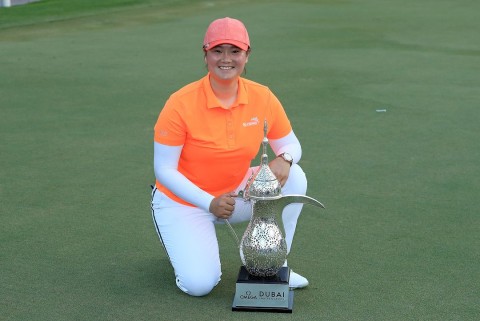 Angel earned $455,000 in her rookie year at the LPGA from twenty-five events. She finished in the top 10 five times, including a season-best T5 finish twice, and ranked second in the Louise Suggs Rolex Rookie of the Year standings. In 2018, Yin crossed her career million earning when she took home $667,000 in a single season. The player made cuts in twenty-one events out of twenty-seven.

Angel started playing golf from a very early age. She won the California State Women’s Amateur as a 12-year-old and again as a 14-year-old. Yin holds the record for being the youngest player to play in the 2012 Women U.S Open. The golf player also competed in the Junior Solheim Cup in 2015.

Yin made her debut in 2016 but came to recognition when Juli Inkster picked her as the captain's pick in the 2017 Solheim Cup. On December 9, 2017, she won the Omega Dubai Ladies Classic for her first professional victory. Angel is having a good time in the on-going Gainbridge LPGA Tour.