Jens-Lys Michel Cajuste, famously known as Jens Cajuste, is a professional soccer player from Sweden who is playing as a midfielder for Ligue 1 Club Riems and the Sweden national team. Cajuste made his international debut for Sweden U21 in 2019. His national teammates are Sebastian Larsson, Marcus Rohden, and Pontus Jansson.

The Sweden international Cajuste was born on 10 August 1999 in Gothenburg, Sweden. Currently, he is just 22 years old and as per astrology, his zodiac sign is Leo. Cajuste represents himself wearing jersey number 8. Talking about his physical outlook, he is 6 ft 2 inches tall and weighs 77 kg.

Riem's rising footballer is from interracial family background. However, he was born to a Haitian-American father and a Swedish mother; their names are still not transparent. Cajuste family is a family of five members. Jens has siblings, brother Matt and sister Linnea who currently live in Manhattan. 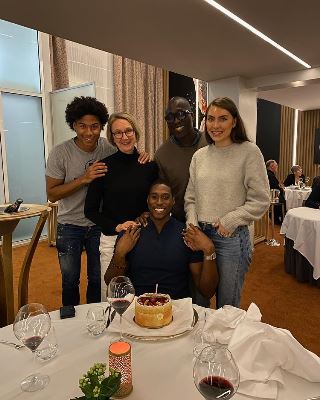 The Gothenburg-born star player quite often posts his family pictures on Instagram.

Jens Cajuste is a very private personality person. He has not been seen with girls in public, so he is probably single. Cajuste is in his early career, so he is only determined and focused on his soccer career rather than dating.

The 22-year Swedish midfielder is in the early phase of his career. When he was five years old, he moved to China with his family, and there, he started his soccer journey with Chinese Sports Beijing in 2006. Likewise, he played for Yu Ye Beijing, Guldhedens and Orgryte IS as a youth player. After impressing the club's youth, he was promoted to senior Orgyte IS in 2016. 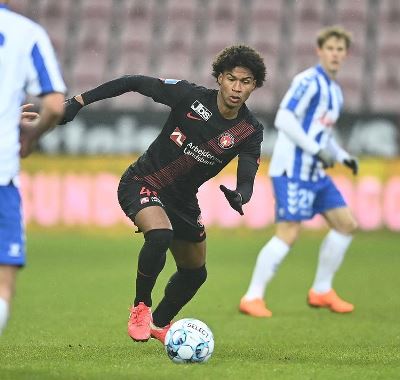 After two seasons, the Swedish midfielder moved to Midtjylland in June 2018, agreeing on a major five-year deal. Cajuste made his Midtjylland debut on 26 August 2018. During his time there, he made an appearance in a total of 58 games sending the ball 22-times behind the net.

On 10 January 2022, Jens decided to join the French club Reims with a transfer fee of €10 Million and became the club's record signing. The Swedish nationality debuted for reims on 16 January 2022 in Ligue 1 in the game against FC Metz. His contract expires with Reims on June 20, 2026.

How much money does he make from football? ( Net worth and earnings)

Jens-Lys Michel Cajuste, aka Jens Cajuste, is just 22 years old and is early in his career. The Swedish midfielder is still yet to make millions. However, at this early age only, he is having a taste of success. When he joined Reims in 2022, he netted a whopping annual salary of £6,24,000. He is the highest-paid player in Reims. Hence, he has an approximate net worth of between $1M-$5M.

Cajuste has a very bright future. If he goes on like this, it's sure that he will become one of the world's richest footballers. Currently, the Danish Superliga Chjampuon 2019-20 Cajuste holds then trending market value of €5 Million. It will significantly increase shortly if he continues performing like he is doing.