Jeffrey Robert Lurie, a.k.a. Jeffrey Lurie is an American motion producer and businessman who is popular in the Sportsworld as the proud owner of the Philadelphia Eagles of the National Football League (NFL).

Boston, Massachusetts native, Jeffrey Lurie, was born on September 8, 1951, under the star sign Virgo. The sixty-nine years old is an American by nationality and is of white ethnic background.

How Much Is Jeffrey Lurie Net Worth In 2020?

Owning an NFL franchise isn't cheap, so it shouldn't be surprising that when Forbes released its "Forbes 400" list, which included Lurie in 319th at a net worth of $2.7 billion as of 2020. In terms of the entire league, Lurie, who owns more than 90% of the Eagles, finished 14th. Panthers' David Tepper is on the top in that list. 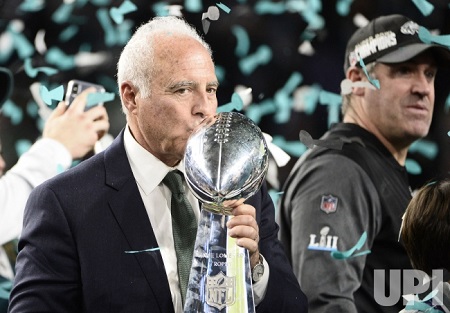 Besides, in 1985 he founded Chestnut Hill Productions, where he produced a string of mostly forgettable movies, including Sweet Hearts Dance, I Love You to Death, V.I. Warshawski and Foxfire.

Jeffrey Lurie is married to Tina Lai. The couple tied the knot on May 4, 2013. 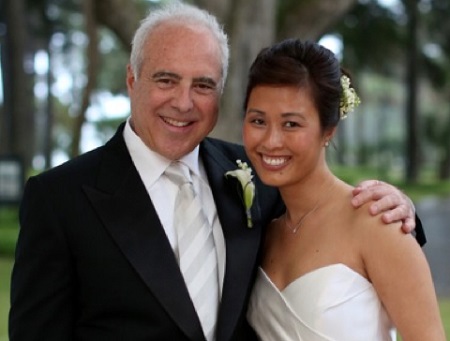 Earlier, he was married to actress Christina Weiss. They met in a pre-production meeting for I Love You To Death, while Weiss was working for Jeffrey's working for his production company. After dating for some year, they married in Gstaad, Switzerland. The couple shares two children: a son Julian and a daughter Milena. However, Jeffrey and Weiss divorced in August 2012.

Jeffrey was born to a Jewish family: father, Morris John Lurie, and Nancy. Further, he is the grandson of Philip Smith founded th General Cinema movie theater chain at the time.

Lurie holds a B.A. from Clark University, a master's degree in psychology from Boston University, and a doctorate in social policy from The Heller School for Social Policy and Management at Brandeis University. At Brandeis, he wrote his thesis on the depiction of women in Hollywood movies.

Before entering the business, Lurie worked as an adjunct assistant professor of social policy at Boston University.

In 1993, Lurie tried to buy the New England Patriots, but he dropped out of the bidding at $150 million. Lurie bought the Philadelphia Eagles on May 6, 1994, from Braman for $195 million. he borrowed $190 million from the Bank of Boston to buy the Eagles.