Jeff Goodman is a talented American sports analyst/journalist who has been covering basketball for more than 20 years at all levels—NBA, College, and High School. He is currently working as a basketball insider for the sports TV network, Stadium.

Hailing from the suburbs of Newton, Massachusetts, Jeff Goodman was born in 1971. He celebrates his birthday on the 5th of September every year, making him 49 years old. Likewise, his zodiac sign is Virgo.

Jeff spent most of his childhood days in Framingham. There are no whereabouts of his family, which includes his parents and siblings. He has maintained a low-key profile about them. Nonetheless, it is known that he enrolled at the University of Arizona and graduated with a degree in Journalism in 1994.

There is not that much information about what Jeff Goodman used to do or where he used to work in his early life. His professional portfolio is only available from April 2006. As per his LinkedIn profile, his first job was as a senior writer at FOX Sports. 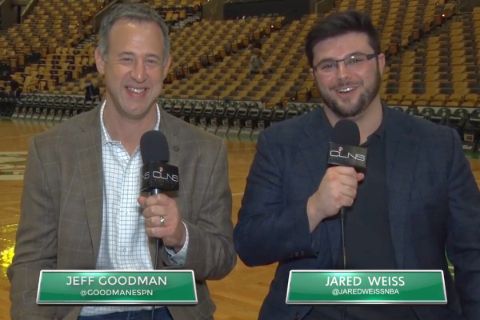 During his time there, he followed basketball and covered several events related to basketball at all three levels. He left his position at FOX Sports in April 2011 after working there for 5 years and one month. Around the same time, he joined CBS Sports as a senior writer.

His job description was almost the same, much like at FOX Sports. His interest in Basketball made it easy for him to do his job. As he began to cover the sport, he began to gain popularity and made connections in the sports industry. In April 2013, he left his job at CBS Sports.

Almost two months later, in June 2013, he was hired by ESPN as a reporter/analyst. He interviewed many basketball stars from NBA, college, and high school. After spending more than five years at ESPN, he eventually left the workplace in June 2018.

In August 2018, he was hired by the sports TV network Stadium as their Basketball Insider. Ever since that day, Jeff Goodman has been doing what he does best, without letting anyone complain about his working style. He is still associated with Stadium.

The  Newton, Massachusetts native basketball insider has had a flourishing career. He has worked with some big TV networks such as FOX Sports and ESPN. Considering Jeff's amazing work experience, it must be sure that he was earning well in the past and is getting well paid by his current employer.

Jeff Goodman is in a happy marital relationship with his long-time wife. His wife's name is Melissa. Although the exact year of their wedding isn't known, it is known that the husband-wife duo celebrates their wedding anniversary on the 5th of November every year.

Together, the married couple is blessed with a beautiful daughter named Talia. Their daughter was born in the year 2004. However, it is still not disclosed that when she celebrates her birthday. The duo's daughter is into hockey. 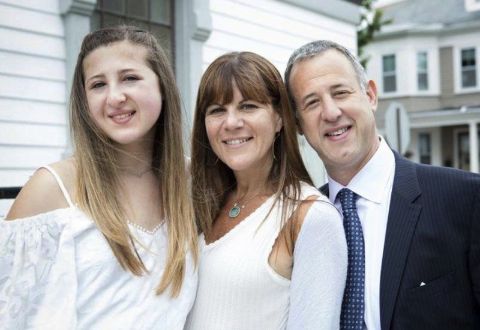 Jeff also has a pet dog named Kasey. The family of three and their pet dog currently reside in their Newburyport residence.