Jay Towers is a radio personality and also is the anchor of the morning news of  Fox 2 Morning News. He appears in the 5 a.m. to 10 a.m. morning broadcasts. Jay started his broadcasting career with Detroit's Fox 2 News in 2004.

The famous American radio host for iHeart Media is a married man and if you wish to explore further facts about his personal life and net worth, you need to read the full article.

What is Jay Towers' Salary and Net Worth?

The exact figure of the salary and net worth of Jay Towers is still not available but as per some of the sources, Jay has made over $8 million from his broadcasting career. In addition to this, he is supposed to be receiving a salary amount of around $75,000 or $36 per hour. This salary is 21% higher than that of the average salary for anchors. The average salary reported for the tv anchors in FOX news is around $61,000.

Besides, he might have been earning some more money from various guest appearances but the exact detail is not disclosed. Furthermore, he also owns some personal assets like a house and cars besides financial earnings.

Towers' Marital Status; who is his Wife?

Well, if you have questions like, Is Jay Towers is married? Does he have a child? The answer is yes, but unfortunately, the details regarding his wife and child are not available yet. As per some of the sources, Jay along with his wife has a daughter who is currently living with them. 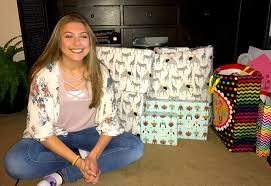 In addition to this, Jay is a career-focused man and keeps himself busy in his broadcasting career. There aren't many details published about his wife and kids which suggests that he is a low-profile man.

As going on exploring his official social sites, he shared a lot of moments with his kids and wife but the names and other facts are missing. Towers is an animal lover and have kept a pet dog with him. Besides, he is also involved in charity works and has founded an organization named  "Jay's Juniors" which treats poor children.

He is also a die-hard fan of Superman since his childhood. Besides, there aren't any reports about his past affairs with anyone.

Do you know about FOX 2 News reporter Kristina Pink?

Jay Towers was born in Jersey Shore where he spent his childhood as well. Jay holds an American nationality and belongs to the white ethnic group.

He started his schooling at Central Regional High School in Bayville, New Jersey. He started working in radio at the early age of 14 years.

Jay started working in the broadcasting field at the age of 14 when he worked as a radio DJ. Towers began his career with Fox 2 News in 2004 and since then he is still continuing his career with the same News network. He has also mentioned that he is a diehard fan of FOX 2 News.

In addition to this, he has mentioned that he feels excited working with Amy Andrews and the entire FOX 2 news team. Besides, he also worked in Grand Rapids, Atlantic City, Philadelphia, before settling to Detroit as his final stop.

Currently, Jay is serving as a reporter in "Fox 2 Weekend.". Furthermore, Towers also worked as a programming consultant and national talent for iHeartMedia. Jay is working alongside some of the popular reporters of FOX 2 News including Lori Pinson and Erika Erickson.