Jasmine Jordan was born with a silver spoon in her mouth. Jasmine is better-known as the daughter of an American former professional basketball player and businessman, Michael Jordan. She has been trying to get into modeling for a long time. Jordan was featured in an August 2020 article on the online publication Charlotte Magazine.

Jasmine Jordan was born on December 7, 1992, in Chicago, Illinois. She is among the three children born to Michael Jordan and his former wife, Juanita Vanoy. Her father is a well-known American basketball legend. Jasmine has two siblings, Jeffrey and Marcus. After graduating from High School, Jordan enrolled at Syracuse University and graduated with a degree in Sports Management.

Jasmine is living a happy married life along with her fiance and their children. Jordan is yet to tie her wedding knot with her longtime partner, Rakeem Christmas. They have been dating each other for more than three years. Nothing much about their first meeting instance is shared in the public. 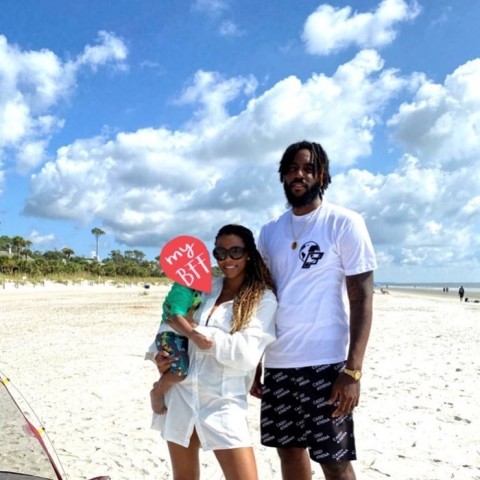 Jasmine shares a photo with her partner and son SOURCE: [email protected]

Both are very early in their careers and must be waiting for the right time to get engaged and tie their wedding knot. Jasmine's father is very much proud of her daughter and happy about her relationship status.

Net Worth, Earnings and Income

Jasmine has a degree in Sports Management. There is not a single word about her economic career and her job. Jordan must be living a lavish lifestyle through her partner's and father's successful career in basketball. Her husband Rakeem has an annual salary of more than $1 Million. He played in the NBA for two seasons and has been playing in the league globally.

Jasmine's father,, Michael Jordan has an estimated net worth of more than $1.6 Billion. He is the richest former professional athlete in the world. He has a secret golf course, sprawling estates, an NBA team, restaurants, and interest in DraftKings. In 2015, Reports claimed him to be making $100 million a year as his royalties from Nike. Michael earned a total of $90 Million as his NBA salary,, and among which, He took home $63 Million in just two years with the Chicago Bulls.

Michael was first married to Juanita Vanoy in September 1989. Shortly after the wedding, the duo welcomed two sons, Jeffrey and Marcus,, and Jasmine Jordan. This happy-looking marriage never remained the same after the birth of children. Michael and Juanita filed for divorce and moved on in December 2006. Vanoy received $168 Million in the divorce settlement. 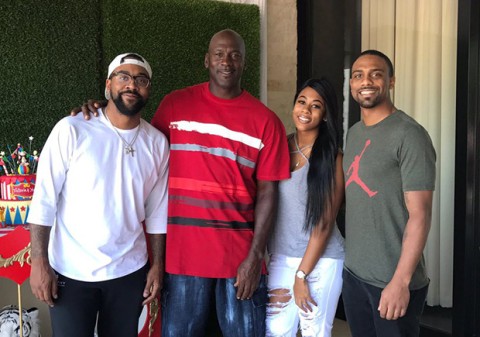 Jasmine shares a photo with her father and siblings SOURCE: Sneaker News

Jordan is married to his longtime girlfriend, Yvette Prieto. They got engaged in Christmas 2001 and married on April 27, 2013. Jordan and Yvette welcomed identical twin daughters named Victoria and Ysabel.