Hailing from the suburbs of Syosset, New York, Jared was born in 1980. He celebrates his birthday on the 11th of May every year. Likewise, he goes by the birth name of Jared Keith Grasso. He is the son of the late basketball player, Frederick 'Fred' Grasso. Jared regards his father as a role model who inspired him in a lot of ways in every path of his life. Other than that, there is no information regarding his early life, his mother's details, and if he has any siblings.

Nonetheless, it is known that he enrolled at Quinnipiac University for his higher studies and completed his education in 2002.

The current college basketball coach initiated his career as a basketball player for his university team, Quinnipiac Bobcats men's basketball team. In the four years time that he played for the team, he managed to rank his name as the fourth all-time in three-point field goals and fifth all-time in assists.

After he graduated from the university in 2002, he shifted his focus towards coaching. In the same year, he was hired as an assistant coach for the Hofstra Pride men's basketball team. Grasso served the team till the end of the season and left in 2003.

Finally, in 2018, the New York native joined the Bryant Bulldogs men's basketball as their head coach. Since then, he has been giving useful tips and teaching amazing tactics to his team's players. In his very first season with the team, he was able to put the team in the 8th position of the Northeast Conference. Jared Grasso (Left) alongside one of his players SOURCE: [email protected] Grasso

Later, the performance got even better, and in the 2020-21 season, the team reached the quarterfinals of the 2021 College Basketball Invitational (CBI) tournament.

How Much Is Grasso's Net Worth?

The net worth of the Quinnipiac Athletics Hall of Famer is still unknown. Due to that, there are no exact figures of how much he earns and how much his net worth is. Nonetheless, considering the head coach's incredible career that started as a player, it can be assumed that he is well paid and he has a healthy net worth.

The 40-year-old basketball coach is a happily married man. Grasso is currently married to his lovely wife named Andrea Grasso. Since the love birds shared the wedding vows, their marital life has been very successful.

Moreover, their marital life's happiness got doubled when they welcomed children into their family. To this date, Grasso and his wife are blessed with two sons. 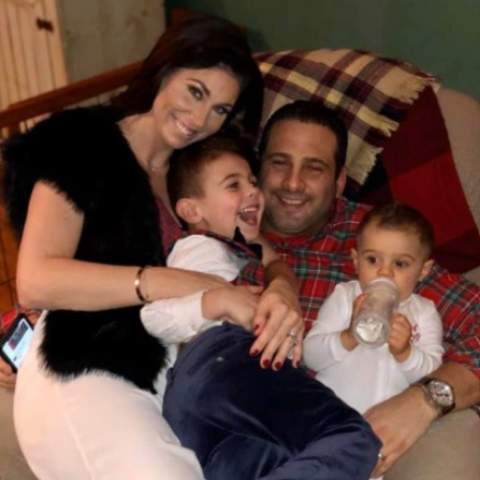 Currently, the family of four is residing in their North Smithfield residence.