Baseballer Yu Darvish was recognized as the best baseball player in Japan before he migrated to America to pursue his international career. Previously, he played for Hokkaido Nippon-ham Fighters of Nippon Professional Baseball in Japan. He shifted to America to become part of Texas Rangers of Major League Baseball in 2012.

Handsome Yu Darvish has as many female fans just for his looks as much he has for his talent. His move to America also acted as a lever to be apart from his first marriage to Japanese actress Saeko. With his new life in America, he also has found new love in wrestler Seiko Yamamato.

It is not clear on the dates and details on how the Japanese baseballer met the gorgeous Japanese TV celebrity and actress Saeko Dokyu. Their relationship was first validated when the baseball player first acknowledged about their relationship in a post-game interview on August 9, 2007.

They married about two months later of the announcement on November 11, 2007, in Japan with the official ceremony being held in Hawaii later in 2008.

Earlier, Darvish has spoken about the actress pregnancy with their first child, and many tabloids reported that their marriage was a shotgun wedding to hide the shame of pre-marital sex and pregnancy. Their first child a son was born on March 24, 2008. Their second child arrived on February 26, 2010.

Their marriage came to an end abruptly in 2012. It was notified by both parties that Darvish not only signed an international deal with Texas Rangers to play in America but that he has also legally divorced from wife Saeko. They reasoned that their children needed to be raised in a healthier family environment.

Related Article: How Much is Yu Darvish's Salary? Know in Details about his Net worth, Career, and Awards

When Yu Darvish moved to America, he was linked up with the international wrestler and four times world champion Seiko Yamamato. Since then Darvish and Yamamato have been together. Darvish announced on 30 July 2015 that his wrestler-girlfriend gave birth to their first son on 29 July 2015. 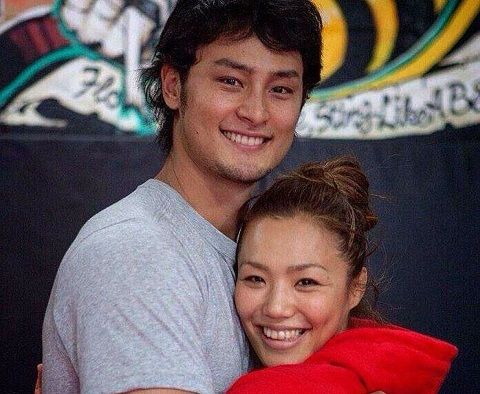 Later, it was known that the lovebirds and new parents got married. The couple is also co-parents to another baby boy. Their relationship surely looks healthier than the previous marriage with TV celeb Saeko.