Janja Garnbert is the only climber in history to sweep a Bouldering World Cup season and to win thirteen World Titles, including 7 World Cup series and 6 World Championships. The queen of sports climbing has excellent bouldering and Lead skills and is the gold medalist of the 2020 Summer Olympics in sports climbing combined event.

She was awarded the "Slovenian SportsWoman of the Year " award in 2018, awarded the Athlete of the Month by the World Games Association at her 19 years, and won the Bloudek Award, a Slovenian national sporting award named after Stanko Bloudek.

Garnbret was born on 12th March 1999 in Šmartno pri Slovenj Gradcu, Slovenia. At the age of seven, she fell in love with sport climbing in 2006. Her parents  Darja and Villi Garnbert, introduced her to climbing indoors after finding her climbing trees, cabinets, and other pieces of furniture at home in Smarna near Slovenj Gradec, Slovenia.

Time passed she was introduced to the more serious climbing gym and worked in the national team under Slovenian team coach Gorazd Hren. Garnbret participated in small sport climbing competitions and made it to the Slovenia youth climbing team at 14. In those three years, She had won three Youth Championships medals in a row. 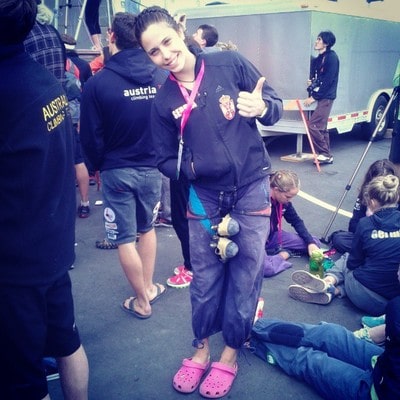 Garnbret took the gold medal home in the 2016 World cup. The next year in 2017, Garnbret won the World cup in Lead and Combined and finished second in Bouldering in both the World Cup and European Championships.

The European Climber was named athlete of the year in 2018 and was awarded the Bloudek Award for her international achievements. By 2019, Garnbert was the first sportsperson climber to bag all medals in a single event. Garnbret too showed her confidence in the Summer Olympics 2020. She grabbed gold after dominating the bouldering and lead rounds.

Who is Janja Garnbret Dating? (Boyfriend and Affair)

With the same passion, Garnbret is dating Domen Skofic, a fellow rock climber who took gold in IFSC Climbing World in Lead in 2016.

They first met each other in 2013 at the Slovenian national youth team. The powerful climbing couple trained themselves for the 2020 Summer Olympics, and losers received consolation from each other. The bond between Garnbret and Domen is built rock-solid. The powerful Climbing Olympic power couple has celebrated both romantic and professional journeys together. The Couple appeared at the Red Bull challenge together, and the couple has too visited the Maldives for a three-week vacation.

Janja Garnbret Earnings and Net worth

Garnbret net worth has been rapidly increasing in 2020-2021. She has been taking part in different competitions and has collected a lot of prizes, her main income source is mostly from being a successful sports climbing, her networth for 2020-2021 is $1million- $5million. 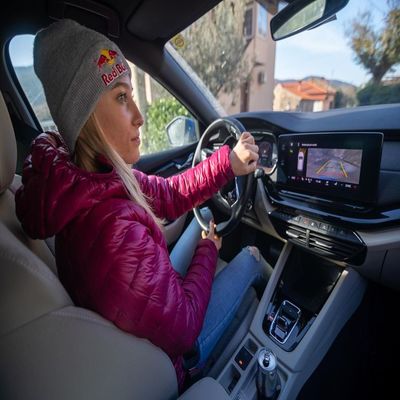 Five ten, Adidas, and Red Bull are her main sponsors. She shares these three sponsors with her boyfriend Domen. Garnbret's shoes are Five Ten Hiangle female's second version and it has been several years since she has been using them. She is the brand ambassador of several other companies as well.

Garnbret loves cars, She loves riding them and hang out with her friends and Boyfriend Domen a lot. after all the hard work she has been doing, She loves going to the beach and enjoy the beautiful sunshine out there.

Janja Garnbret is popular in her social media, she has a mass number of followers on her Instagram. Her Instagram username goes by janja_garnbre.