Barton on Sea, England native, Jamie Redknapp was born as Jamie Frank Redknapp on 25 June 1973, under the star sign Cancer. He holds an English nationality and belongs to white Caucasian ethnicity.

Jamie Redknapp Net Worth and Endorsements

Jammie Redknapp has an estimated net worth of $20 million in 2020. He last played for Southampton earning an average annual salary of $2 million. He used to receive an annual salary of $1.8 million while at Old Trafford. 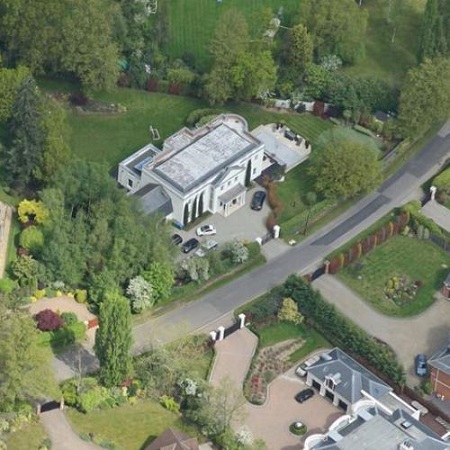 Jammie Redknapp was married to the pop singer Louise Nurding. The wedding ceremony was held at Elbow Beach in Bermuda on June 29, 1998. They were introduced to each other by Robbie Williams. 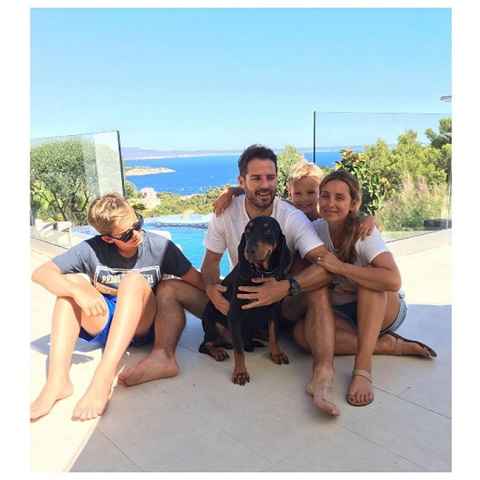 The couple together has a child born on July 27, 2004, a boy named Charles William "Charley" Redknapp at London's Portland Hospital. He was named after his grandfather. The couple again had a baby on 10 November 2008, their second son named Beau Henry Redknapp.

However, the couple divorced in 2017, citing unreasonable behavior of Redknapp and shares joint custody of their children.

Jamie was born to Harry Redknapp and Sandra Harris and has a brother whose name is Mark Redknapp.

He comes from a footballing family, his father Harry is the football manager. He is also a cousin of Frank Lampard and a nephew of former West Ham United coach Frank Lampard Senior.

Jamie Redknapp began his career at Tottenham Hotspur as a youth player but turned down their offer of a contract to play for Bournemouth under his father, manager Harry Redknapp. He only made 3 appearances for the club before Liverpool signed him on 15 January 1991.

Kenny Dalglish had paid £350,000 for Redknapp, who was still only 17 at the time. He was one of the most expensively signed teenagers in English football around this time. He made his club debut against Auxerre in the UEFA Cup on 23 October 1991. His first goal for Liverpool came in his league debut on 7 December 1991 against Southampton at the Dell.

He established himself as a key midfielder during the time Roy Evans managed at Anfield. He made 237 appearances with the club scoring 30 goals and switched to Tottenham Hotspur. He joined Tottenham Hotspur on a free transfer on 18 April 2002. His debut for the club came on 17 August 2002, against Everton at Goodison Park. He played 49 times for Spurs scoring 4 goals in his two-and-a-half years with the club.

Redknapp again moved to his father's side Southampton on 4 January 2005 on a free transfer. At the end of the season on 19 June 2005, the 31-year-old Redknapp decided to retire from the game due to his constant injury problems and on the advice of his medical specialists.

Jammie Redknapp made his professional debut for his national team on 6 September 1995 in the 0–0 international friendly against Colombia at Wembley. His only international goal came on 10 October 1999 in the 2–1 friendly victory against Belgium at the Stadium of Light, Sunderland. He played 17 games for his national side scoring a goal, he was ruled out due to his injuries.

Jammie Redknapp began his career in media as a Pundit on BBC based studio since 2004. After his retirement, he is into punditry full-time and is a regular studio pundit on Sky Sports alongside former England teammate Gary Neville.

He launched a bi-monthly magazine with his wife Louise and former teammate Tim Sherwood named Icon Magazine, aimed at professional footballers and their families in 2005.

Redknapp was made host and mentor on the Sky1 show Football's Next Star in 2010 and he was a team captain in the Sky1 sports game show A League of Their Own.