Biography Everything about James Rodríguez; Who is he Married to?

Everything about James Rodríguez; Who is he Married to?

James Rodriguez is a Colombian professional footballer who plays as an attacking midfielder or winger for German club Bayern Munich and the Colombia national team. He was named in Colombia's23-man squad for the FIFA World Cup 2014 and 2018.

James started his professional club career with the club Envigado when he was just 15 years old. He was also involved in the 2015 Copa America representing Colombia in Chile.

James Rodriguez was born on 12 July 1991 in Cucuta, Colombia with the birth name James David Rodriguez Rubio and birth sign Cancer. He holds a Colombian nationality and belongs to a white ethnic group.

His father, Wilson James  Rodriguez Bedoya, was also a football player who had also been a part of the 1985 U-20 side and for the Colombian national team. His mother is Maria Del Pilar Rubio.

Being inspired from his father, James became fascinated by the football since he was a child. He used to play in the local areas and started his professional club career with the Envigado club.

After starting the professional club career from Endivago, he achieved a promotion to Colombian first division. Then, he joined the Argentina team Banfield in 2008 and after a year he made his first debut on Feb 2009, scoring his first career goal against Rosario ended with a victory with 3-1 on 27 Feb.

Performing in the matches regularly, James became the youngest foreigner to score a goal in Argentina. His skill and dedication towards the football made him recognized to the peoples and also led him to an excellent fan following. 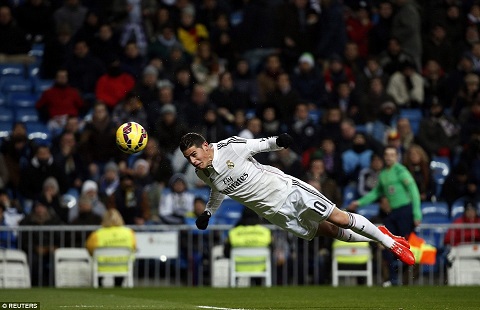 After being signed by the Porto club,  James scored his first goal for the club against Bulgarian club CSKA Sofia which ended with a home victory 3-1. Furthermore, he was going through his best performances when he successfully scored 14 goals, with assisting 11 times. He also became the first Colombian player to win the LPFP Award for Breakthrough Player of the year.

In the season 2012-13, James got a chance to play a major role against the French club Paris Saint-Germain in the UEFA Champions League. He finished the season scoring 13 goals with 32 appearances. After appearing for several clubs, he has signed a six-year contract by the Real Madrid Club. 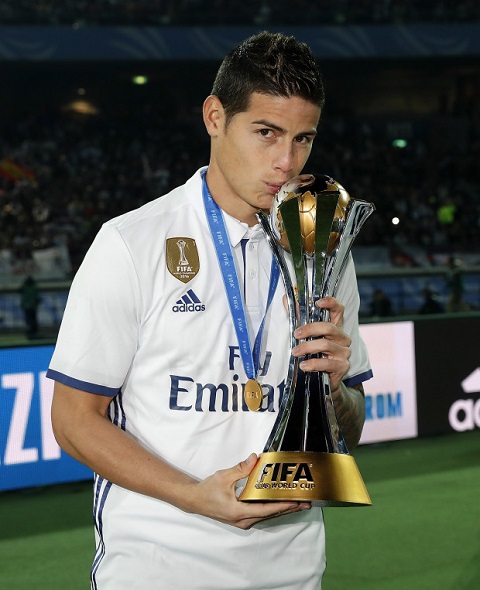 On 11 July 2017, James was loaned to the Bayern Munich club on a two-year-long deal, where he scored his first goal for the club against Schalke 04 which ended in favor of Bayern by 3-0.

James has successfully established himself in the international stage of football as well. He made his first international debut after being a part of Colombia U-17 team where he even scored three goals in the 2007 South American Under-17.

He was also involved in the 2011 South American U-20 Championship where he assisted three times. Capturing his incredible performances, he got a chance to represent his country at the 2015 Copa America in Chile where his team eliminated 5-4 penalties by eventual finalists Argentina. 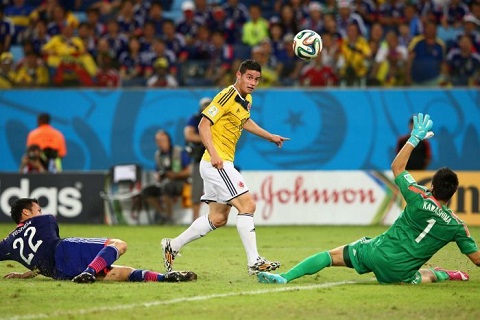 James earns an excellent amount of money as a salary. He has successfully established his net worth to be $30 million which is in accordance to his standard of living. He earns a huge salary of $12 million annually.

He has also signed a six-year contract with the Spanish club, Real Madrid for an undisclosed fee, which was reported to be approximately £63 million. and before joining the Monaco club for a transfer fee of €45 million.

Besides, the superstar has an amazing home in the La Finca Residential Complex in Madrid. He has also a great car collection which collects an  Audi R8($165k), Marcedes G-glass( $114k).

27-years old James Rodriguez was previously married but is now a divorcee. As we go through his dating history, affairs, and relationship, there comes just one girl, Daniela Ospina. Daniela is a volleyball player with whom the footballer star tied a knot when he was just 18 years old. She is the sister of his teammate and Colombian goalkeeper David Ospina.

After dating for several years, the couple got married in 2011, just after James signed for FC Porto. After a couple of years from marriage, the couple gave birth to a baby girl, Salom Rodriguez Ospina in 2013.

However, the couple called off their relationship and had a divorce in 2017 after Daniela reportedly denied to travel to Germany with James Rodriguez.

There are even lots of pictures posted by James with his ex-wife and the cute baby.

Besides, James spends his much time with his family and also gives his time practicing the football. James has a lot of mysterious and untold stories to be followed by his life.  James is 5 feet 11 inches tall which is considered to be 1.80m. He weighs 77 kgs.