Jalen Berger is a professional football player from America who plays for Michigan State football. The American footballer has been playing football since his childhood.  Berger was in the team of Wisconsin Badgers but due to some reason, he was dismissed from the team and was on the transfer portal on October 13, 2021. He plays in the position of  Running Back in the team.

A former running back from the Wisconsin badgers is from Newark NJ.  He is the son of Terrance Berger and Kesha Woodfork Berger. The player has faced ups and downs in his football career. Despite that, he has been working hard and performing well for the team he assigned to.

know about Jalen family  and his personal status :

when it comes to personal matters the player is quite private and confidential about it. though he has shared his parent's picture on Instagram. 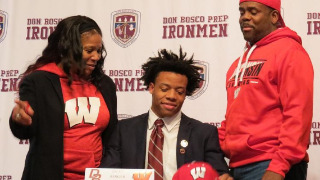 Jalen with his parent at contract signing for Badgers SOURCE: [email protected]

His father's name is Terrance Berger whereas his mother's name is Kesha Woodfork Berger. Beger shares his parent's photos quite often on social sites so he is believed to be a family person.

What's his height and weight?

A NewJersey's boy physic is quite impressive, he is tall, strong, and has muscular and shredded body type. The footballer stands tall at the height of  6 feet and weighs 203 lb. 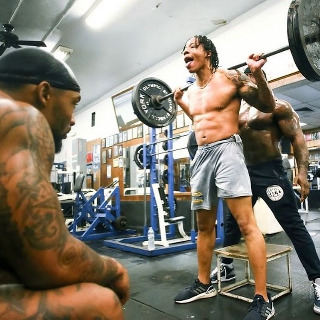 training with his teammates in badgers gym SOURCE: [email protected]

Berger was a sporty person from his very childhood, he used to participate in most of the sport during those days. The footballer is a first-year student of the university.

After completing school he went to Don Bosco preparatory for higher study and also played for them. Berger was always into sports especially football so he didn't have much time for study so his academic level is believed to be average.

His career highlights and reasons behind dismissal from Wisconsin Badgers:

After completing his primary level  Berger joined the Don Bosco preparatory for higher study.  Berger also played for the college and was a four-star recruit by 247 sports and ESPN.

He really had an outstanding performance there because of which he was named the top running back prospect in the state of New Jersey. on July 29 2020 the footballer enrolled for the Wisconsin Badgers and played for the team. 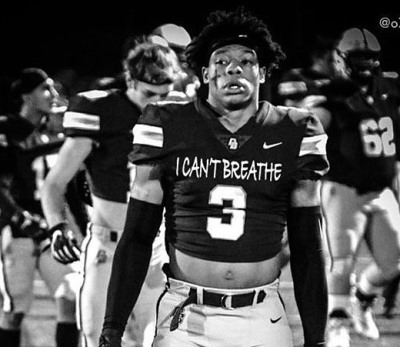 The American footballer has gone through thin and thick throughout his career. He recently got dismissed from the team of Wisconsin Badgers and was on the transfer portal on Oct 13, 2021. The actual reasons for his dismissal are unknown as a coach hasn't said anything about it but various media said that Berger missed meetings and workouts while he was there.

The player is having a successful career and all credit goes to his hard work and dedication. But any information related to his income is not transparent yet so we will keep the tabs and update you soon when it's available.

Scrolling through his IG, Berger is endorsed by Pepsi through which he earns a decent sum.

Who is Berger dating? Is he married?

Berger being a private personality keeps her personal life away from the media. He has been keeping his personal life low key due to which no information on his relationships or dating life is known to the public.