Jake Funk is a proficient American football player who serves as a running back for Indianapolis Colts in the National Football League (NFL). The Maryland native Funk played college football at Maryland University from 2016 to 2020. He is also the 2021 NFL-drafted player picked in the 233rd of the 7th round.

Ex-Los Angeles Rams player Jake Funk, 24, was born in 1998 and celebrates his birthday on every January 11. He is an American by nationality. Concerning his high school, he studied at Damascus, located in Montgomery Country. The 24-year-old player peaks his height at 5 ft 10 inches or 1.78m and weighs over 93 kg or 205 lb.

His Annual Salary At Indianapolis Colts

Jake Funk just got into NFL in 2021, so he hasn't credited that much of many into his bank balance. However, he is competing in the NFL, so there is no doubt about the fortune he will make in the future. Reportedly, when he signed a four-year contract worth $3,588,228 with the Rams, he joined the team with an agreed average salary of $897,057 with a signing bonus of $108,228. Reportedly now, he has been playing for the Indianapolis Colts. So, playing for the team, he credits the banknotes of $207,000 per season. His net worth in 2022 is believed to be $1.3 Million. Not to mention, Ben Roethlisberger is the highest earner in NFL history.

On top of that, Jake is seen promoting various products in his Instagram feeds that must have accumulated a handsome amount of money. However, he has not revealed the exact amount of money he makes from it.

Jake Funk came from a football family background. He was born to his father, Jim Funk, and his mother, A'Lisa Funk. Jim played football at Penn State during his early days. Jim had a significant influence on his son Jake. More, Jake grew up watching his father play football. So his interest in American football grew as he grew up. 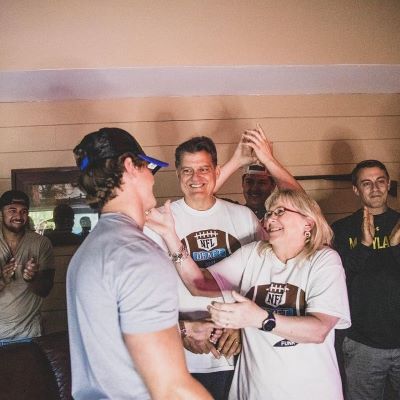 Jake Funk, the Super Bowl Champion, is known to be the caring and romantic boyfriend of his Girlfriend, Hannah Ann Sluss. For your concern, the couple came in contact via Titok. In their first meeting, only the couple found a deep connection with each other which later ended in a relationship. More, the couple is in a long-distance relationship. 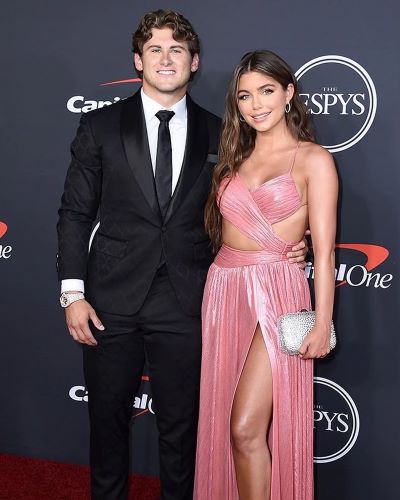 Attending an event with his Girlfriend Hannah  SOURCE: Instagram

Despite that, the pair is going strong. Further, they often share their photographs on their respective Instagram handle. You may see their various pictures under his Instagram handle, @Jakefun32.

Review Of His NFL Career

After playing for the Maryland University College team, Funk chose to enter the 2021 NFL Draft. Luckily, his dream of playing in the NFL was accomplished when Los Angeles Rams drafted him into their team. The Rams, he played for the season. Afterward, he joined the New Orleans Saints practice squad and was later got released on October 12, 2022. 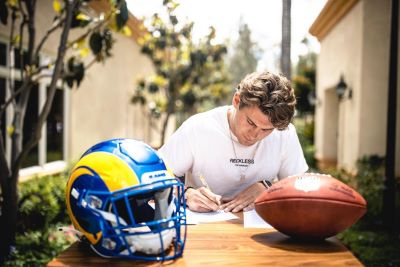 Signed first NFL contract with the Rams in 2021 SOURCE: Instagram

Shortly after, he joined the Colts for a season on November 10, 2022. He has recorded five running yards, a 2.5 running average, and 88 return yards in his overall NFL games.