Jarizinho Rozenstruik is a professional Dutch MMA fighter and Heavyweight Kickboxer, fighting for the team Bigi Boy in Paramaribo. This professional fighter was born and raised in Suriname. Further, he took thai-boxing lessons in a community center at the age of 18. He is currently signed to UFC and fights under heavyweight division.

The 2011 Soema Na Basi World Championship winner (SLAMM) recently registered his second win in UFC at UFC Fight Night 154. He is living a lavish lifestyle with a huge amount of net worth of almost $1 million. Well, let's dive into the players all inside out.

Jarizinho Rozenstruik has an estimated net worth of $1 million. Further, on average an MMA professional fighter earns about $45,000 per year. Besides, The median income for an MMA fighter in the UFC was $68,500 in 2018 and the average income of all UFC fighters was $138,250. 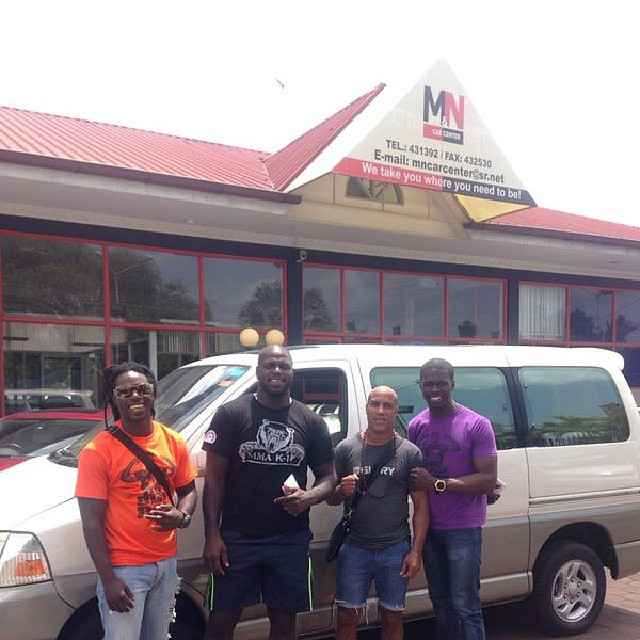 Furthermore, Jarizinho is also engaged in endorsements deals. Through his Instagram, he promotes his own team's brand Team Bigi Boi. Further, he also promoted different boxing events and cups.

Jarizinho Rozenstruik is single at the moment. Further, he is also not involved in any kinds of a past relationship with anyone. The player seems to be quite busy with his career. Besides, his name has also not been dragged into any kind of rumor or controversy.

Furthermore, this 2018  SUTHAIBO WORLD MMA CHAMPIONSHIP (FEARLESS 3) winner is highly active on Instagram. However, he has not talked about his personal life on his Instagram. 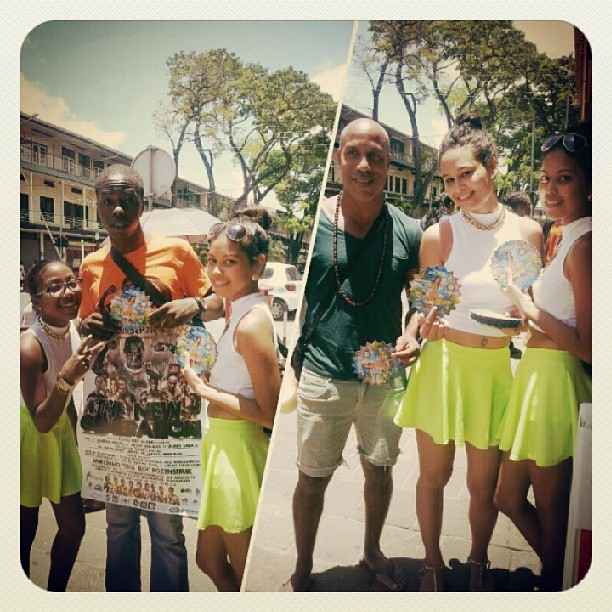 Further, exploring his Instagram, we came to know that he was quite excited after meeting the Zajofa promo girls. Besides, as a conclusion, we don't have any concrete information related to Jarizinho's relationship.

Jarizinho Rozenstruik stands at a perfect height of 1.87 meters (6 feet 2 inches) and has a perfectly maintained muscular body that weighs about 246 lbs (111.5 kg). Besides, talking about his appearance, he has a black skin tone and bald head. Similarly, he has a pair of black eyes.

Jarizinho was born on March 3, 1988. There is no any details about his childhood but in an interview, he revealed that he comes from a poor family. He said:

"I had a difficult youth and did not come from a rich family, so I had to work hard to reach my own goals. With my journey, I would like to inspire future fighters and make them aware that anything is possible. You only have to believe in yourself.”

Jarizinho Rozenshtruik started training himself since he was 18 years old. He took thai-boxing lessons in a community center,  in the Rens Project. The center was later transferred into a gym called The Gym. Later, during his training period, he was spotted by a top coach from VOS Gym Amsterdam, Michael Babb.

The coach gave Jarizinho training for 3 months under the supervision of Ivan Hipolite. Finally, after 3 months, Jarizinho stepped into the ring for the first time. Unfortunately, he lost his first match. However, the professional fighter took his loss as a lesson and he won his second match with a knockout and this was the beginning of the young Surinamese BIGI BOI.

Since 2012, Jarizinho is a professional fighter. He has established himself as a K.O. specialist. Throughout his kickboxing career, he has fought 82 matches. Among them, he won 76 matches and lost 6 matches. Additionally, out of 76 matches, he won 64 by a perfect K.O.

He also has an MMA career record of 7-0 that includes 2 UFC matches. On February 3, 2019, Jarizinho fought JuniorAlbini and won with a knockout. Similarly, on June 23, 2019, he defeated Allen Crowder at UFC Fight Night 154 in just 9 seconds from the starting time frame and recorded the second fastest K.O. in the heavyweight division.