Jacob Markström is a Swedish professional ice hockey player who plays in the National Hockey League (NHL) for the Vancouver Canucks as their goaltender. Jacob Anders Markström has played for other teams like Florida Panthers.

2010 Honken Trophy (Goaltender of the Year), Jacob Anders Markström was born on 31 January 1990, in Gävle, Sweden. As per his nationality, he is Swedish and belongs to the White ethnic group. Further, his star sign is Aquarius.

Jacob Markstrom Salary & Net Worth As Of 2020

Jacob Anders Markström has an estimated net worth of over $10 million.

Besides, the famous NHL goaltender has an average salary of $3,666,667 annually. Jacob Anders Markström so far has made earnings of $17,630,378 from his entire NHL career.

In addition to his financial earnings, his personal assets include home and cars, and he also earns a good amount of money from sponsorships.

Jacob Markstrom is single and is unmarried since there are no details claiming that he is a married man. So far he hasn't posted a single photo on his official social accounts which would claim about his relationship/affair.

Furthermore, details about the past relationship of Jacob Markstrom is not disclosed on social media and websites. 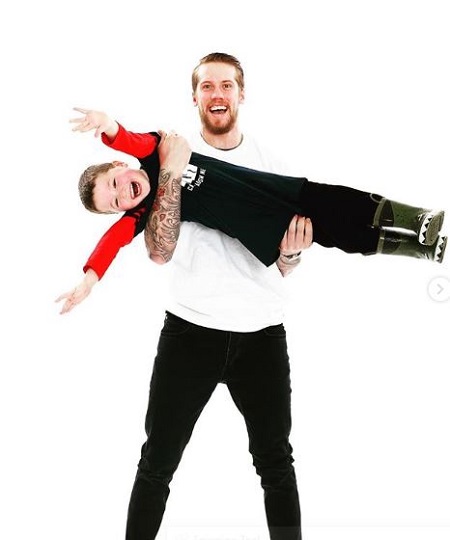 Despite being a famous NHL player, he is not involved in any rumors and controversies until now and keeps his personal life a bit low-profile.

The 29 years old player has a charming personality with a height of 6 feet 6 inches tall and weighs around 89 kilograms. Besides his professional career, he is quite famous on his social accounts with a huge number of followers.

Jacob Markstrom was born to parents Anders Markstrom and Lena Markstrom. His brother, Tim Markström, is a Swedish footballer who plays as a goalkeeper for Sandvikens IF.

Jacob started his professional career with the Brynas IF in 2008 May playing for their Junior team and he also played for the Swedish U-18 World Junior tournaments. Besides NHL, he played for Rochester Americans of the American Hockey League.

During his international career, he got the chance to play in the opening game of the 2016 World Cup Hockey, Toronto after the injury of goaltender Henrik Lundqvist.

His NHL career began after being drafted in the 2008 NHL draft by the Florida Panthers. Jacob was traded to Vancouver on 4 March 2014 and later re-signed the contract for two years with the Canucks on 29 June 2015.

He recorded his first NHL shutout against Carolina Hurricanes in a 3–0 win on December 2017. During his career with Canucks, he played alongside left Winger Josh Leivo.