Justin James Watt, well recognized as J.J. Watt is an American football defensive end currently playing for the Houston Texans of the National Football League (NFL). The Texans selected the hunk with the 11th pick in the first round of the 2011 NFL Draft. He holds the teams' franchise records for both sacks and forced fumbles and named the first-ever player in NFL history to score two 20+ sack seasons in a career in 2014.

Born on March 22, 1989, Watt finished his collegiate career playing for the Wisconsin Badgers football team. Primarily a defensive end, he sometimes switches to defensive tackle in some situations.

The following year, he earned a base salary of $9,969,000 and his $10 million roster bonus was converted to signing bonus, and pro-rate over the next five seasons until 2019. That year, he was ranked #29 in THE WORLD'S HIGHEST-PAID ATHLETES EARNINGS with $20.9 million from salary and $7 million from endorsements by Forbes in 2015.

With nine seasons in NFL playing for Texans has helped him to earn $85,206,498 as his career earnings. Further, he is currently ranked #1 on the Texans active roster with a $15M cap hit for 2019 while DeAndre Hopkins and Kevin Johnson are ranked 2nd and 3rd, respectively.

Besides football, he earns much from endorsement deals. Watt is one of the most marketable athletes who has worked with the likes of Reebok, Gatorade, Verizon Wireless, Ford Motor, HE Butt Grocery, and NRG Energy.

In 2017, he came out with his new clothing line, The JJ Watt Collection, a, um, a collection of six button-down shirts and two polos "exclusively designed and meticulously thought out by J.J.

Looking at his lucrative contracts, salary, endorsements, and other income-generating ventures, his net worth in 2019 is approximately $50 million.

In 2015, he splurges on a lavish log cabin in the "middle of nowhere" up in Wisconsin for training purposes. At 4,500 square feet, the log cabin even boasts an elevator and over 35 acres of land.

Earlier that year, he listed his Houston house for sale, where he lived five years long. 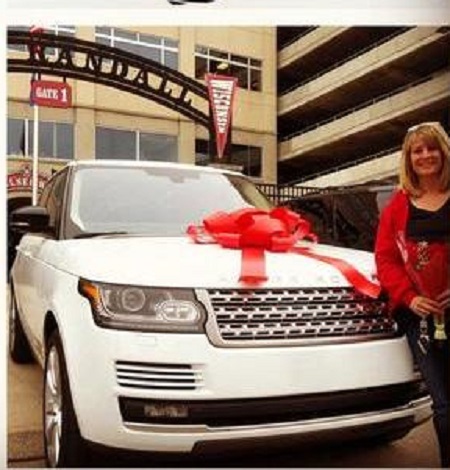 Back in 2014, he fulfills his lifelong dream of gifting his mom a car on her birthday.

In 2010, Watt founded a charity organization named the Justin J. Watt Foundation, which after-school opportunities for children in various communities, for them to get involved in athletics in a safe environment. Since this foundation was launched, he has raised over $1 million. 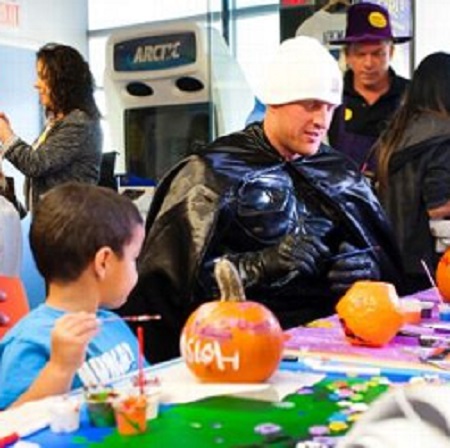 Following Hurricane Harvey, he raised over $37 million to help Houston recover personally donating $100,000.
Also, he offered to pay for the funerals of the dead following the Santa Fe High School shooting on May 18, 2018, which left eight students and two teachers dead.

Neither married nor single, JJ Watt is currently engaged to Kealia Ohai, 27, a captain of the Houston Dash of the National Women’s Soccer League. The duo has been dating for three years now. 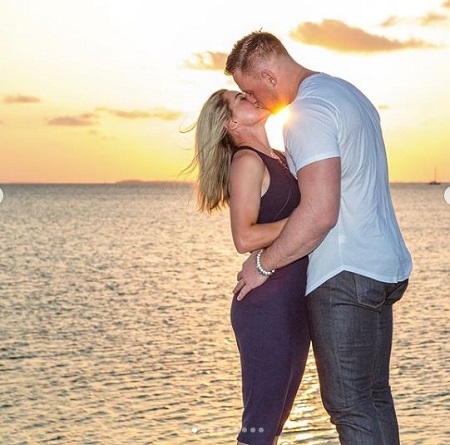 On 27th May 2019, they confirmed the engagement via their official socials with the caption, "I’m the luckiest man in the world. #SheSaidYes".

Houston Texans Star JJ Watt and Ohai met through Watt’s former Texans teammate Brian Cushing, who is married to Ohai’s elder sister, Megan. In early 2016, rumors of their romance began to swirl following Watt's apperance at Dash games, wearing a shirt sporting the No. 7, which is Ohai’s jersey number. 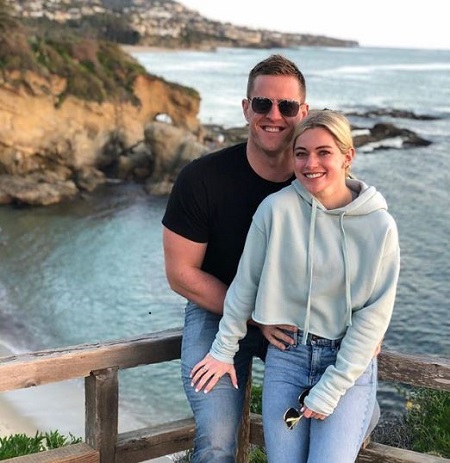 The following year, they went public with their relationship when Ohai appeared as a guest on the 2 Up Front podcast, where she addressed Watt one of her “great friends” while also confirming they were dating.

Watt soon took things public and shared pictures from the couple’s vacation to Mexico. Since then, he has happily posted pictures of his outings with his bae. Ohai is blind in her right eye.

J. J. Watt is a native of Waukesha, Wisconsin, born to Connie Watt, a building operations vice-president and father, John Watt, a firefighter. Alike him, his two younger brothers are into NFL: Derek Watt plays for the Los Angeles Chargers as a fullback, and T. J. Watt is a linebacker for the Pittsburgh Steelers.

Throughout his childhood, Watt played football and became passionate about the sport while he was in fifth grade.

Not only football, but he also played hockey since the tender age of four started playing hockey until he was 13 for travel teams that traveled to Canada and Germany. However, he gave up the sport after weekly games began to conflict with his schedule and for financial reasons.

He enrolled at Pewaukee High School, where he was first-team All-state selection during his senior years. After graduation, he attended the University of Wisconsin–Madison and played for the Wisconsin Badgers football team.

Watt forgoes his senior season at college to enter the 2011 NFL Draft. The Houston Texans selected him with the 11th overall pick in 1st round.