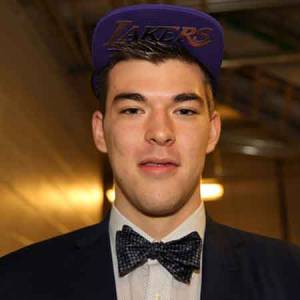 Ivica Zubac was born on March 18, 1997, in  Mostar, Bosnia, and Herzegovina. As for his family, his father's name is Ivan Zubac and mother's name is Dijana Zubac. Ivica Zubac also has two brothers and two sisters.

Ivica Zubac is a product of youth academy of Cibona Zagreb. He then joined KK Zrinjevac Zagreb in 2013 and played in the Croatian second division league. He then made a place in the roster of Cibona Zagreb with Nik Slavica and Ante Žižic after the departure of Dario Šaric.

Zubnac was picked 32nd overall in the 2016 NBA Draft by the Los Angeles Lakers and was signed to the 2016 NBA Summer League. He made his first appearance in NBA for Lakers against Atlanta Hawks on November 2, 2016.

However, he picked an injury on 31 March 2017 and was ruled out for rest of the season. During his rookie season, he also played for the Los Angeles D-Fenders, the Lakers' D-League affiliate.

Due to lack of playing time in NBA, he also appeared with South Bay Lakers, the Lakers' NBA G League.

Besides, Ivica Zubac has also made his appearances for the Croatian National Team in different international competitions.

Digging in Ivica Zubac's personal life, The young player has a beautiful girlfriend, Kristina Prisc, who is also a Croatian model. They met each other in Zagreb in 2015 and these two lovebirds have been together ever since.

Zubac's girlfriend. Kristina, who currently lives with him in Los Angeles, is a graduate in journalism. The 26-year-old model was also present on his Draft day.

Despite sharing a loving relationship for around two years, they haven't outed any plans for their marriage. It seems as if both celebrities are busy making their own career and taking a little time for themselves.

Ivica Zubac's Net Worth and Salary

As a Los Angeles Lakers' player, Ivica Zubac has an estimated net worth of around $3 million as of 2018. Since he is just 21 years old, his net worth will surely grow over time. 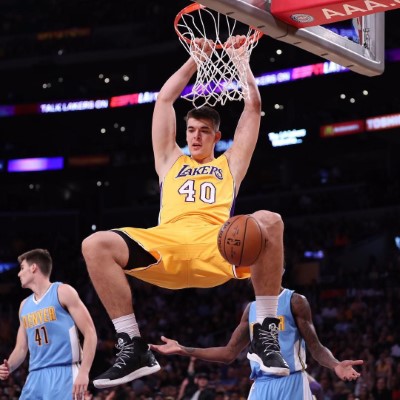 Other than being a famous NBA Ivica Zubac, He is pretty famous in social media. The player has about 123k followers on Instagram. he also gets about  19.8k likes and 255 comments as average on Instagram. Along with many people and players, Ivica has a quite good impression on children too. the number of, fans are increasing in each score he makes which is very impressive.

Facts and stats of Ivica Zubac