Ismet Akpinar is a Turkish-German professional basketball player who plays for Fenerbahce of the Turkish Basketball Super League (BSL). The team competes in the EuroLeague. Akpinar plays as a point guard and shooting guard. And his shirt number is 5. Ismet has professionalism as a Point guard / Shooting guard.

The German native has been playing basketball professionally since 2011. Also, he has represented the German Junior National Teams in many events, including the 2012 Albert-Schweitzer-Tournament. He is also recognized as the brother of Turkish player Mutlu Akpinar. Despite being born in Turkey, Ismet is eligible to play for German. Also, Akpinar has dual nationality of Turkey and German.

How Much Is Ismet Akpinar's Net Worth? Know His Career Earnings, Salary, and Contract

Ismet Akpinar has been professionally playing basketball since 2011. Throughout these years, he has been a part of different teams. So, we can say that the professional basketball player has conserved a decent net worth of $500,000. Ismet is pretty private about his earnings and contract details. 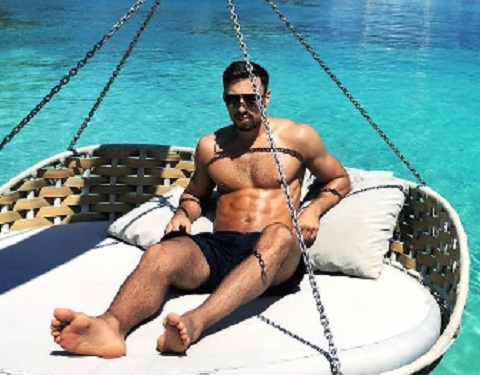 Furthermore, Akpinar plays in BSL. So, a report shows that a basketball player playing in the BSL earns $250,000 and $450,000 per season. Likewise, he has played in other leagues, too, which may have helped him preserve a decent fortune.

Also, Akpinar is a national player representing his nation in some games. He also earns some portion of his earnings from brand endorsement. From his IG account, Akpinar promotes different brands.

Akpinar is currently in a relationship with his stunning girlfriend, Naomi. It is unknown when they began dating, but their relationship came to the public on June 30, 2019, after  Ismet shared a photo of his girlfriend kissing on her head. We can find his girlfriend active on Instagram as @naomi.nr. 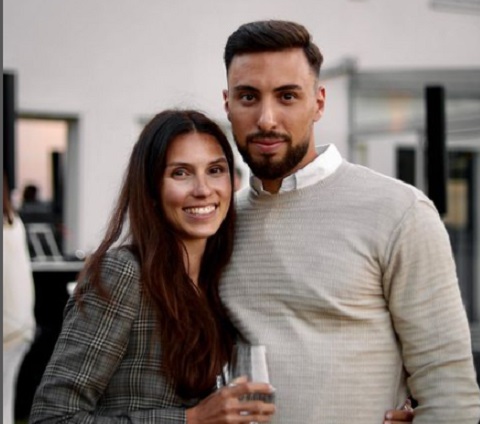 Akpinar and Naomi have explored many places together, but they prefer to stay lowkey. Akpinar has shared some snaps with his girlfriend attending some events too. But due to their private personality, it is pretty challenging to give further updates regarding their love life.

However, we can follow the basketball player on IG as @ismetakpinar.

Everything On Akpinar Basketball Career

Akpinar began his career with the BC Hamburg youth teams. His professional debut came with SC Rist Wedel, and during that time, he was just 16 years old. After finishing his early career with the team, he joined Bundesliga side Alba Berlin in February 2013.

Due to his performance, Akpinar also won the BBL Best German Young Player Award in the 2016-17 season. On June 7, 2017, Akpinar moved to play with ratiopharm Ulm. Later, Akpinar played for Besiktas Sompo Japan, Bayern Munich, and Bahcesehir Koleji. Akpinar has been with Fenerbahce Beko since June 18, 2021.

Also, Akpinar is a national player who plays for the German Junior National Team. Like Franz Wagner, he has appeared in many games with the Germans. In the summer of 2017, Akpinar was capped for the first time for Germany's men's national squad.

Ismet Akpinar was born to Turkish parents on May 22, 1995, in Hamburg, Germany. The details regarding his parents remain unknown as the basketball player has kept it private, like Moritz Wagner.

Moreover, Akpinar was raised alongside his younger brother named, Mutlu Akpinar. He holds dual nationality of German and Turkish. Regarding his height, Akpinar is 6 feet 3 inches tall.