All one wants is a steady income and a loving family; Sage Steele found herself earning both. Not only does Sage enjoy a rich life, but she also has a loving family. Besides her long career, Steele's marriage crossed the twenty years mark. She married her long-time boyfriend at the end of an era. Although the ESPN sportscaster had found much fame by the time she wedded, Sage and her husband married away from the public.

Nevertheless, as the wise men say, everything ends, and so does her fairy-tale marriage with her husband. And the bad news doesn't end for Steele there. In 2021, the millionaire sports journalist's career hit a significant bump. And now, Steele's over the said bump and leading a fairy tale life with her family!

Sage Steele married the love of her life at the end of a decade!

Yes, Sage Steele married the man she loved the most. And she and her now ex-husband tied the knot on October 30, 1999. Sage exchanged her wedding vows with Jonathan Bailey. 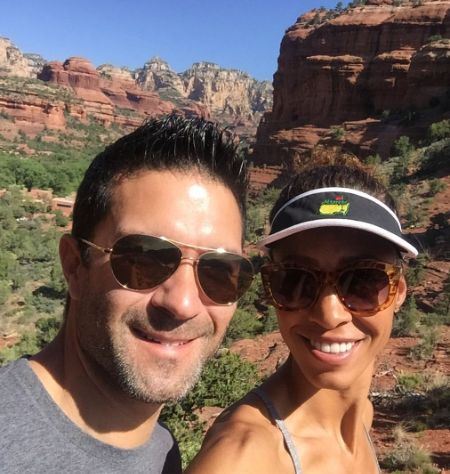 Sage and Jonathan took a picture after a hike. SOURCE: [email protected]

Steele and Bailey's relationship started back at University. Sage and her ex-partner first locked eyes during her college days. And one thing led to another; soon enough, the Sports Communication major fell in love with Jonathan.

And during her time with her ex, Sage was happy. Although she thrives in the spotlight, Steele prefers to keep her sticky love life away from the news and media. However, she does talk about her personal life on rare occasions.

In one of those rare moments, Sage announced her break up with her partner. Jonathan and Steele decided that finalizing divorce was the right course in 2019. And after the split, the duo remain respectful to each other. And even now, after years of the significant shift in their daily life and romantic life, Sage and her ex-spouse share a friendly relationship.

Sage Steele and her ex-husband, Jonathan Bailey, welcomed three children in their time together!

Jonathan Bailey and Sage Steele shared an intimate married life. So much in love with each other while they stayed married. And Sage and her ex-partner welcomed three kids. 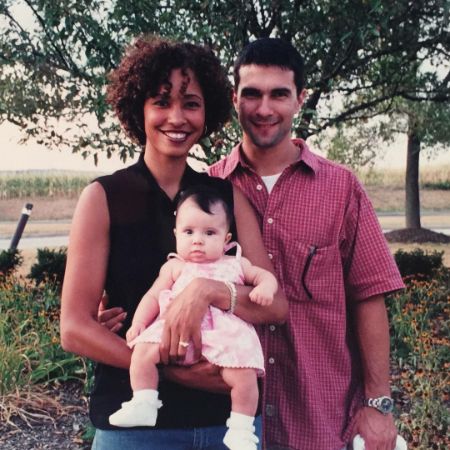 Sage Steele and her ex-husband, Jonathan Bailey, took a picture with their firstborn. SOURCE: [email protected]

After a couple of years in their marital life, Sage and Jonathan welcomed their first child. Steele gave birth to her eldest child on May 23, 2002. Likewise, the former married couple named their firstborn Quinn Bailey.

Sage and her husband at the time welcomed their second child in 2004. Likewise, Steele gave birth to her son Nicholas Bailey two years after her first child.

And finally, with a gap of two years, Jonathan and his ex-wife gave birth to their youngest kid. In 2006, Evan Bailey was born to the ESPN sportscaster and her ex-hubby. 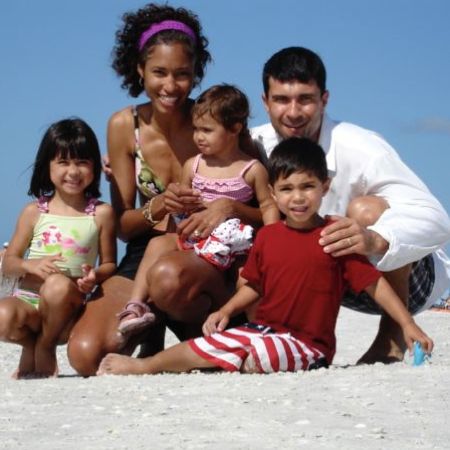 Sage Steele and her family took a picture at the beach. SOURCE: [email protected]

Both parents agreed to keep their younglings away from the media. As such, Sage keeps an eye on what she shares about her family. But through various posts on her social media, her fans know Steele is proud of her kids.

Steele and Bailey signed the divorce with a mutual understanding.

Although much about the divorce between Sage Steele and Jonathan Bailey stays hidden, she mentioned in an interview that it was what both wanted. Finalizing their split in 2019, Sage keeps the memories of their time together on her Instagram. 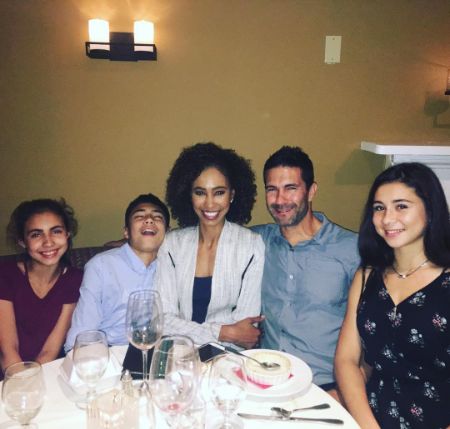 Sage and her former husband still care for one another. But now, the romantic love they once held has turned into friendship, as it seems. Steele lives her life in the smack-dab middle of the spotlight. But her ex-spouse, Jonathan, likes it away from the public view.

Sage isn't seeing anyone after her split with her husband.

After Sage Steele and Jonathan Bailey finalized their divorce, the sportscaster hasn't been linked to anyone else. After her split with Bailey, Steele stayed away from any romantic affairs, at least publicly.

Currently, Sage is a single mom of three. And even reaching her late forties to early fifties, Steele is blessed with great looks. And as seen on her posts on Instagram, she takes excellent care of her body.

Steele shares many platonic relationships with her co-workers and celebrities. As her work keeps her busy from searching for her next partner, she still makes time to spend with her children. And Steele is a family woman first and foremost.