Gossip Know About Jimmy Butler and His Girlfriend Charmaine Piula's relationship; Are they Married?

Know About Jimmy Butler and His Girlfriend Charmaine Piula's relationship; Are they Married?

Charmaine Pulia is the alleged girlfriend of the famous athlete Jimmy Butler who plays as a shooting guard position in the National Basketball Association (NBA) for the Minnesota Timberwolves.

Jimmy Butler, an accomplished athlete, is popular for his career achievements but not much has been said about his married life. However, there are some rumors about his relationships, which is, of course, is available down below.

Is Jimmy Buttler Married? Who Is His Wife?

A pro-basketball player hasn't revealed much about his Lovelife and affairs. However, we dug upon his personal life, love life and family to figure a few things out!

According to sources, there are many rumors about his affairs with different women. But, he hasn't opened up about the topic however the rumors of his link-ups are all over the internet even if he tries hiding them. 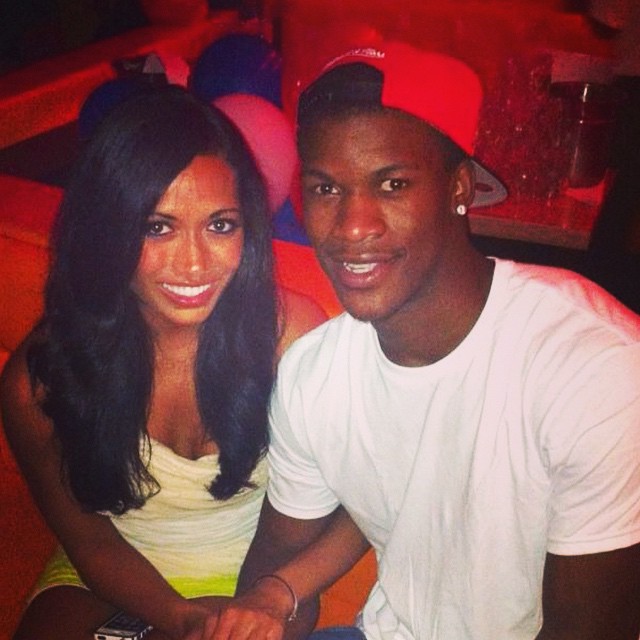 Jimmy and his girlfriend SOURCE: playerwives

Jimmy Butler's suspected girlfriend Charmaine Piula, actually appeared with him on pictures in social media sites. This seemed to be much more of a real relationship because they look deeply in love in the picture above.

Further, there is no information about their marriage or engagement in any news portal or social sites, so we are not sure if they've walked the aisle together. Other than for the picture above, there isn't much information to even prove if they are still together. Jimmy has never posted any picture with Charmaine which could stand as proof of their relationship.

Who is Charmaine Piula? Let's Know About Her

There is not much information about Charmaine as she is not from the celebrity world but we know that she grew up on the state of Arizona in Utah and worked for a car insurance company as a marketing rep.

Jimmy And His Link-Up Rumours

Jimmy seems to be a ladies' man as he is rumored about his affairs and relationships every now and then. Also, his linkage with high profile celebrities isn't anything new! So, let's dissect some of his well-known affairs:

Has Miley Cyrus dated Jimmy Butler, was the question everybody was asking in 2014? Apparently, at the B96 Summer Bash in June 2013, they hit it really well.

Do you know Rob Gronkowski is Dating his Girlfriend Camille Kostek?

Further, they've never accepted if they ware an item as both the celebrity stayed silent. There was probably nothing substantial between them beyond pure speculation but people loved the idea of them dating.

Back in 2016, Pretty Little Liars's actress Shay Mitchell was rumored as Jimmy Butler's girlfriend. After spotting them together at lunch, TMZ broke the story. They even walked away when the cameras appeared. 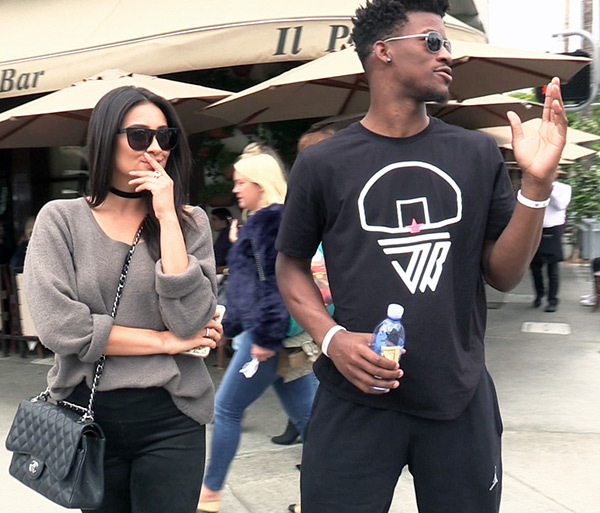 Shay Mitchell and Jimmy were spotted together on many occasions but with whatever reasons, the couple ended their relationship much sooner than expected.

Recently, Jimmy Butler isn't dating anyone which might be surprising as it sounds, but girls you do have a shot at him!