Imran Louza is a well-known association football player who competes in the English Premier League, serving as a midfielder for Watford Fc. He is also a member of the Morroco national team. He is the product of Nantes football Academy. He has represented both France and Morroco internationally in several tournaments and championships.

Imran Louza, the Watford midfielder, was born on 1 May 1999 in Nantes, France, with Taurus. Talking about his age, he is 23 years old and represents himself wearing jersey number 6 for his club. His star sign is Taurus. The French nationality height is 5 feet 10 inches and weighs over 65 Kg. Further detail, he has a wheatish skin tone with brown eyes.

Where is Imran Louza actual from? Family background and nationality

The former Nantes star player Louza is from a diverse-race family. He is born to a Morrocan father and a French mother. Regardless, their info is still under the radar. After his father married his french mother, they settled in France to start a new life.

The Nantes-born holds the French and Moroccan nationality.

How did he get into Premier League? career and stats

Since boyhood, the 5 ft 10 inches, 65 kg midfielder had a keen interest in football. When he was six years old, eThe France international entered Nantes Football academy and spent 11 years there. He also guided the Nantes youth team in various games under his captaincy. Initially, he was promoted to Nantes B and then to the Nantes senior squad in 2019.

The rising footballer commenced his senior career with Nantes in the 2019-20 season. During his stay at Nantes, the dual citizenship holder Louza appeared in 98 games, adding 28 goals to his name. His dribbling capability, assist, and playmaking vision led to grab the eye of the Premier League side coach. 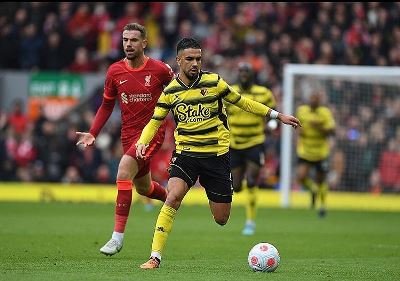 Louza's performance against Liverpool in the 2021 season SOURCE: Instagram

At the international level, he has appeared for both nations. Louza is still representing Morocco national team since 2017 as U20 and U21 and U21 for the French national team. Presently, he is a member of the Morrocan national team.

On 6th October 2021, he debuted and scored for the Morocco national team  in a 5–0 2022 FIFA World Cup qualification win over Guinea-Bissau.

What are his career earnings and net worth in 2022?

The young Watford star player Louza has been counting huge fortunes for his football career. His major source of income is playing from top clubs. He has earned most of his net worth via his soccer career. At Watford, he gains a weekly pay of £46,000 and £2,392,000 yearly. He lives a luxury life in the UK. His approximate net worth is above $3.5 million as per the sources. 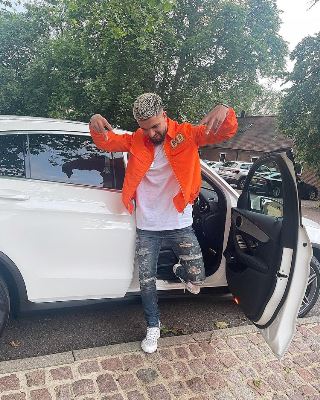 Apart from football, he also credits his bank from his commercial ads and endorsement deals but has not been made transparent about it.

Being a private personality, he has chosen to keep his dating life confidential. His several social media post is full of his football snapshots. He has kept his life low-key, due to which nothing about his relationship detail is unfamiliar to the public. There are no hints about his love life matter. Thus, he is believed to be single.

Read diversifying facts, news, and biography of other players at Playerswiki