Immanuel Johannes Pherai, famously known as Immanuel Pherai is a Dutch-based professional football player currently playing for German Club Borussia Dortmund II as a midfielder. The dutch native kicked off his football career in 2009, playing for three straight years as a youth player for Amsterdamsch Fc.

The Borussia Dortmund playmaker Pherai was born in Amstermdam, Netherland on 25 April 2001 with the star sign Tauraus. As of 2022, he is just 21 years old, and he wears jersey no.28. Despite being born in Amsterdam, he is of Surinamese descent. When he was a youth, he looked up to Andre Iniesta and Mesut Ozil as role models.

The Borussia Dortmund II midefeilder Pherai is very much concern bout his health. So, he regularly exercises to maintain his body fit and healthy.

He stands tall at a good height of 5 ft 9 inches or 1.75m and weighs around 74 kg. In addition, he has black eyes and a beard on his face.

Immanuel Johannes Pherai aka Immanuel Pherai moved to Netherland with his family very long ago from Suriname. Somehow they manage to live there. Pherai has had a keen interest in football since childhood, and his father also supported him on his talent. By the age of 12, he was already playing professionally for one of the popular youth teams i.e Amstemdemsche FC from 2009 to 2013.

Likewise, he played for Borussia Dortmund as a youth player too. After playing as a youth for Dortmund, he joined Jong AZ where he just played a single match as a senior player in his whole three-year contract deal. After expiring his contract with Jong AZ, the dutch native moved back to Borussia again in the 2020-21 season but his days in Borussia Dortmund didn't go the way he wanted. 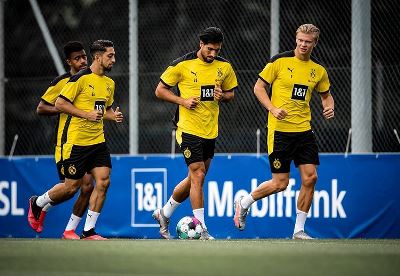 Pherai was just 19 years old and it was very challenging for him to compete with some of the world-class midfielders there. So, he didn't have a chance to play a single match. The same season he joined Borussia Dortmund, the dutch midfielder was loaned to PEC Zwolle on September 17, 2020, and made his professional debut for Zwolle on 19 September 2020 in a match against AZ.

He played 27 games in total adding 2 goals in his name. Ahead of the 2020-21 season, he returned to Dortmund and scored on his Borussia Dortmund debut against FSV Zwickau.

Despite changing club frequently, he was able to gain his position in the national team. Borussia Dortmund II jersey no.28 has played in different ages for his country. He has appeared for Netherland Under-15 to Under-19.

The Amsterdam-born boy Pherai is just 21 years old and he is still yet to prove himself. Dutch rising midfielder is in the early phase of his career so he is still yet to add healthy fortunes to his net worth. However, he agreed with Borussia Dortmund II on a monthly salary of £800 and £41600 per year. 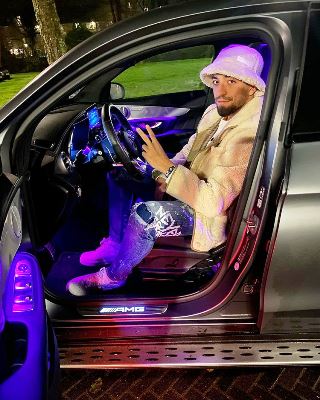 Thus, his estimated net worth is below $1 Million. The salary number significantly rises shortly depending on performance and consistency.

According to the data updated by Transfer Market, the Borussia Dortmund midfielder has the trending market value of 700K Euros.

Is Pherai dating anyone? (Affair and Girlfriend)

At the moment, the Dutch native is very much focused on his career.