Mahinmi was drafted by San Antonio Spurs with 28th overall pick in the 2005 NBA draft. Moreover, he previously played for Dallas Mavericks and Indiana Pacers. Mahinmi is married to Alexis Flores and has three children.

Ian Mahinmi was born on 5th November 1986, in Rouen, France to Beninese father and Jamaican mother. His mother taught in a pre-school. Mahinmi grew up along with his older brother. 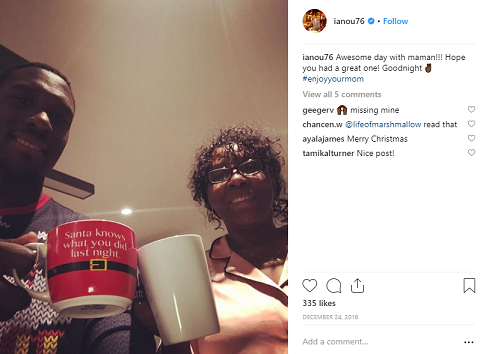 During his childhood, used to play soccer and later switched to basketball. Mahinmi belongs to a French nationality. However, the educational background of Mahinmi is yet to be revealed.

Initially, Ian Mahinmi played for the French National team and later signed for STB Le Havre club. For Havre, he played three seasons and averaged 9.7 points and 5.2 rebounds per game. Moreover, Ian further played for Pau Orthez. In the 2005 NBA draft, Mahinmi was drafted by the San Antonio Spurs with 28th overall pick.

Mahinmi played the regular season for Spurs until 2010. On 13th July 2010, he signed for Dallas Mavericks. He recorded his first career double-double, 12 points, and 10 rebounds in 21 minutes in a match against Golden State Warriors. Mahinmi was traded to Indiana Pacers on 12th July 2012, in exchange for Darren Collison and Dahntay Jones.

Ian Mahinmi is a married man. Mahinmi and his wife Alexis Flores exchanged their vows in July 2013. From their marital relationship, the husband and wife are blessed with three children. They have three daughters Camille Mahinmi, Axelle Mahinmi, and Amina Mahinmi. 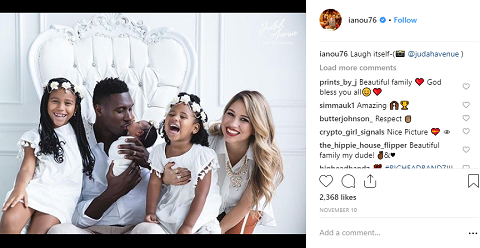 CAPTION: Ian Mahinmi with his wife and children SOURCE: Instagram

Along with his career, Mahinmi is successfully maintaining his family too. He spends his free time with his wife and kids. Mahinmi frequently shares adorable photos of his family on his Instagram and Twitter. Mahinmi is one of the loving and caring fathers as well as husbands.

For long, Ian and his spouse, Alexis is still together and so far they haven't faced any rumors regarding their divorce.  Other than this, there are no any records of Mahinmi's other affairs and relationships.

Ian Mahinmi Net worth and Salary

As of 2018, Ian Mahinmi has an estimated net worth of around $21 million. From his professional basketball career, Mahinmi earns an astonishing amount of money. Previously, he played for NBA teams including San Antonio Spurs, Dallas Mavericks and Indiana Pacers.

Mahinmi currently plays for the Washington Wizards of NBA. On 7th July 2016, he signed a four-year contract with Wizards for $64 million. The contract included an average annual salary of $16 million and the base salary of $15,944,154. Mahim is living a lavish life with his wife and children.