Braden Bishop is a professional baseball player, who plays for the Seattle Mariners of Major League Baseball (MLB). More precisely, he plays as the baseball outfielder for the Seattle. At the 2015 MLB draft, he was drafted by the Mariners in the 3rd round.

Woodland, California native, Braden Bishop, was born on 22nd August 1993 under the star sign Leo. The twenty-six years holds an American nationality and belongs to the white ethnic background.

In 2015, Braden Bishop signed his first contract with Seattle Mariners, which include a signing bonus of $607,700. Then he went on to play for various minor league teams where the average salary is $6,000 in Single-A to around $9,350 in Double-A to nearly $15,000 in Triple-A per month, which cover only the months of the regular season. Players are not paid during spring training or in fall leagues. 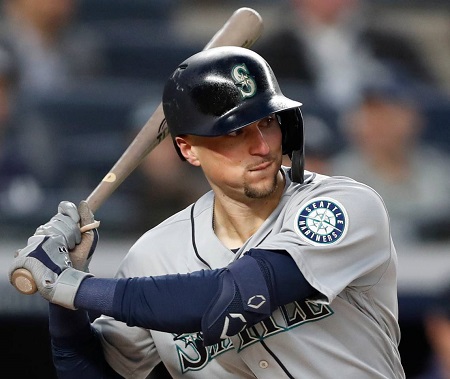 In 2019, he was called for added to the 20-main roster after the 2018 seasons in Seattle Mariner. That season, he had an annual salary of $393,888. Further, he signed an extension contract with the club to remain until the 2020 season, but the contract detail is yet to disclose to the public.

Taking everything into account, Braden Bishop's net worth in 2020 is approximately $0.5 million.

Braden Bishop Personal Life; Who is his Girlfriend

Braden Bishop is married to his long-time girlfriend, Brianna Ruiz. The duo started dating since 2014. After being in a relationship for almost four years, Braden popped a question while the two were on vacations at Hyatt Regency Maui Resort & Spa. 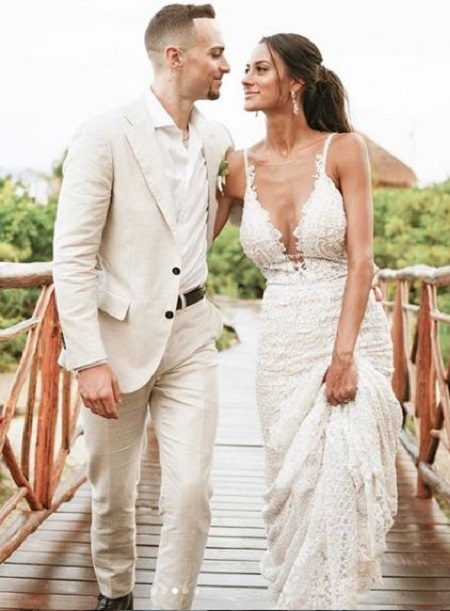 The following year in November, the couple tied the knot in an intimate ceremony.

Bishop was born to parents: Randy, who owns a private investigation company and mother, Suzy Bishop, who ran track at UCLA and has a movie producer and head of the Vancouver Film School in Canada.
He was raised alongside Hunter, an outfielder for the San Francisco Giants organization. 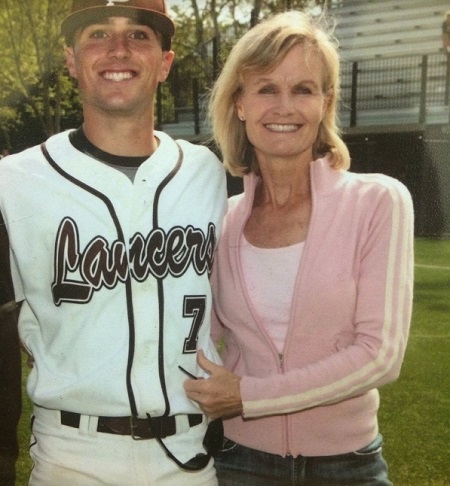 In October 2019, his mother died at the age of 59 after suffering from Alzheimer's disease starting at age 54. Since he has started a charity to spread awareness of the affliction known as "4Mom." Further, Bishop and his brother are creating the "Suzy Bishop Memorial Grant" in their mother's honor, which will be gifted once a year to a family affected by Alzheimer's.

Initially, Bishop was picked by the Atlanta Braves in the 2012 MLB draft out of high school and later by the Seattle Mariners in the 3rd round of the 2015 MLB draft out of college. After that, he went o to play for minor leagues.

On 21st March 2019, he made his MLB debut as a defensive replacement in the 8th inning, replacing Ichiro Suzuki in right field during Ichiro's final game.