Howard Eskin is a well-established American sports anchor from Philadelphia who works at WTXF-TV "Fox 29". He was previously a  host for Let's Talk Sports", a national radio program, and also did a sports commentary on the ESPN show First Take.

Always a charming and exciting figure, he specializes in anchoring in the sports sector and has been in the game for more than 50 years.

Fox 29 Anchor is also nicknamed "The King" because of his ability to catch the perfect matches to be in and take interviews. He is also a weekly contributor to the NFL Network and has appeared on FOX News. 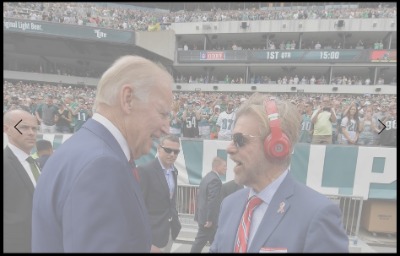 Howard was born on April 29, 1951, in Pennsylvania, USA. He came from an average family, so, much about his early life and his parents are still under the radar. But he was never too shy to talk and appreciate his father for looking after him in his education and career.

Howard Eskin has an estimated net worth of $3 million approximately. He is considered one of the successful and richest TV anchors. Eskin has made most of his earnings and paycheck from anchoring in sports TV shows. He makes a handsome salary of $50,000 per year only from anchoring.

The Eagles Sideline reporter currently lives in his own house. He has never talked about his market value and deals with the different shows but it is sure that his total asset crosses more than a million. He lives a prosperous life in the USA.

Relationship and Father of Spike Eskin

Howard Eskin is currently living ga happily married life with his wife Andi Eskin. The couple rarely occurs together in public. It seems they like their romances behind the public. Howard has never talked about his love Andi in the media.

So far, Howard and Andi have not gone through any conflicts which could lead them to their divorce or separation. At present, they are spending a blissful married life.

The sports TV anchor and his wife are proud parents of two children. Their son's names are Spike Eskin and Jason Eskin. Spike is also the VP of Programming for WFAN and CBS Sports Radio.

The anchoring king grew up in a Jewish family and just after his graduation from High School he started working as an engineer in WFIL-AM.  Eventually, he gained fame for breaking exciting stories and having thrilling conversations with the public. 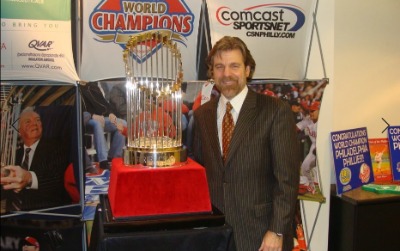 He made his first transition to television in 1982 by joining KYW-TV.

With his exciting attitude, Spike's father has always been in controversies. He is mostly known for his controversial mentions to players, teams, coaches, and the public too. One of his famous controversies is when he provoked Roy Halladay for not disclosing opinions to the public. Later he was fired fr the same reason.

The anchor king of controversies also became famous when he took an interview with mafia boss Joey Merlino about Philadelphia Flyer Eric Lindros who sold tickets to Mafia members.

The controversial figure Howard is very active on Twitter. He mostly posts about updates of TV programs. He has a huge fan following of more than 135,000 followers and he has tweeted 22,000 + tweets till now.