Houssem Aouar is a french-born professional football player who plays as a midfielder in Ligue 1 club Lyon and the French  National team. He is an Algerian descent. Houssem wears jersey number 8. The French national is a versatile attacking mid-fielder player who can play anywhere in the midfield. He has very good footwork and calmness with the ball at the feet.

The Algerian descent, Aouar was born in Lyon, France on 30 June 1998. At the moment, he is 23 years and his star sign is cancer. Before joining Lyon academy, he played for AC Vilerbanne in 2006-2009. The french jersey no 8 has been praised for his technical ability and his good vision in assisting.

How much money does he earn from his football career? Annual salary and earning

Houssem Aouar is just 23 years old; he is having a good taste of success at this young age only. As per sources, his net worth is about $1Miliion - $5Million approximately which includes his house car, and other properties. He is living a luxurious and comfortable life. His basic income source is from playing football for top clubs.

When he signed a contract with Lyon, he netted a whopping salary of £65000 per week which sums up £780000 per year. Apart from this, he has been adding a handsome amount of money to his net worth from his brands, sponsors, and endorsements. 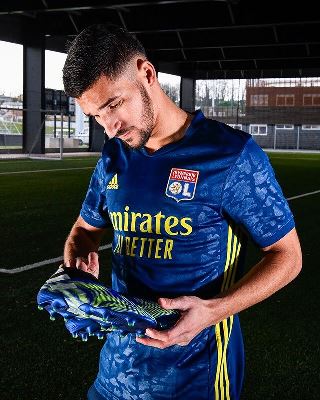 Adidas is one of his sponsors which facilitates him with playing kits and jerseys. It also pays a healthy amount to him for its promotion.

The French midfielder Houssem was a sports lover since childhood; he used to play football on the street with their mates during his childhood. House trained in different academies before joining Lyon. He began playing professionally in 2006 for AC Villeurbanne for 3 years.

He joined Olympians Academy in 2009 when he was just 11 years old signing a 3-year contract. His debut game was against AZ Alkaamar in July 2016. HE appeared in 148 games scorings 26 goals on his tally. The jersey no 8 is given to him at the beginning of the season when the club legend Tolisso left  Lyon for Bayern  Munich despite Houssem just playing 5 games. 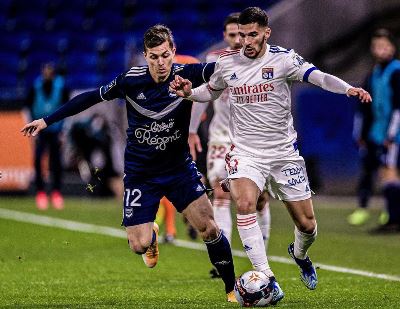 In the 2019 Championship, he played a vital role for the team in securing the round of 16 by scoring against RB Leipzig in the group match. Houssem Aouar is doing fine in the Lyon club. The French national has met the expectation of the coach. He is linked with Lyon for the summer end of 2023.

As a national player, he debuted in 2014 in the U17 world cup qualifier. Despite playing for French U-17, U-21, and for France senior team he is still eligible to represent Algeria. He has been in the eye of Algeria's manager convincing him to play for Algeria in the Africa Cup of Nations.

Is Houssem Aouar dating anyone?

Any rumor and news about his relationship status are not flashed out yet. So, he is believed to be single. He is in the beginning phase of his career; he is very much focused on football at the moment out yet. In addition, he loves keeping it private and staying away from the limelight.

The body measurement of Houssem Aouar (Height and Weight)

Houssem Aouar possesses a good height of 1.75 m and he weighs around 70 kg. In addition, the player has a shredded athletic body with a fair skin complexion.

Houssem Aouar Market value in 2022 and his agent

The Algerian descent starting career has been a hell of a success. He is making his name in the world world. Talking about his market value in 2022, it's 32 Million Euro.  As per the last update on March 13, 2022, he reached 55 Million Euro which is his highest value in his career to date. All his transfer and new signing contract activities are handled by ICM Stellar sports.

Houssem Aouar is avavaible on social median. His Instagram id is @houseem_aouar with followers of 608K. He shares his football and private life events and news via Instagram.