Henry Martin is a professional footballer born in Mexico who plays for Liga MX club America and the Mexico national team. Martin plays as a Forward, and he wears jersey number 21. Playing football professionally since 2008, Martin has gotten a chance to be a part of multiple clubs.

Furthermore, Martin is also a national footballer who has already made his debut for the senior team of Mexico. Being one of the most prominent footballers, Martin has also received some honors, including Copa MX Top Scorer in Clausura 2019.

Henry Josue Martin Mex was born to his parents, Guadalupe Rosario Mex Lopez and Daniel Martin, on November 18, 1992, in Merida, Yucatan, Mexico. Besides, Martin holds Mexican nationality. Talking about his family background, Martin is not only the child of his parents, as she was raised alongside his brother Freddy.

Freddy is a former Mexican professional football player who last played as a forward. Apart from that, Martin is also a married man and has started a family of his own with his wife.

Moving into his personal life, Martin is a married man, and he lives happily with his wife, Gabriela Pech. The pair dated each other for some years before getting married in the year 2017. Since 2017, Martin and Pech have been sharing the relationship of a husband and a wife. 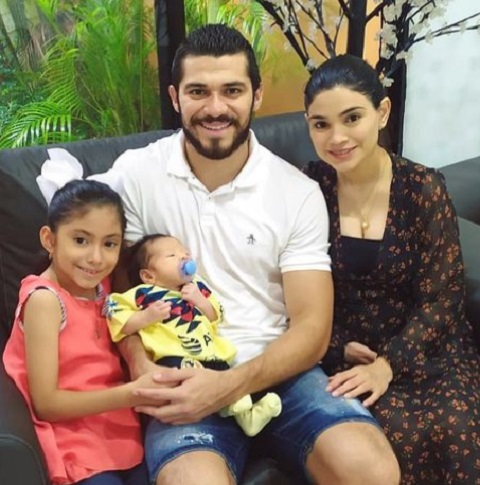 Henry Martin with his wife and their two kids  SOURCE: Instagram @henrymartinm

Furthermore, the loving couple is not only married, but they have also started a family of their own. They are blessed with two children, a son, and a daughter. Exploring his social media posts, we can say that Martin is a family person who loves spending time with his partner and their kids.

Here’s Everything on His Football Career

Starting his early days, Martin began playing football after joining Itzaes in 2008. All of his earlier careers were with the same team, and during that time, Martin was just 15 years old. Furthermore, Martin joined Venados for the 2013-14 season.

Playing with Venados, Martin appeared in 29 professional games and also scored eight goals. After that, he joined Tijuana on July 1, 2014, and made 66 game appearances scoring five goals until 2017. And on December 13, 2017, Martin signed a deal with America and has been playing for them since then. 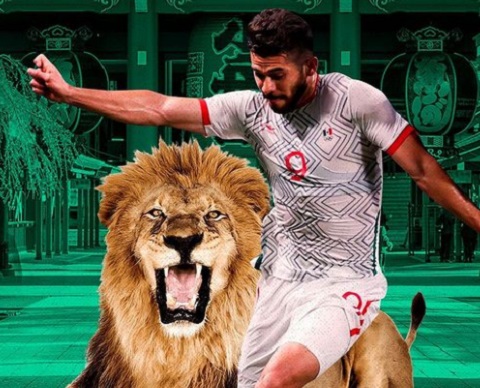 Likewise, Martin is a professional footballer who plays for the national football team of Mexico. His debut for the senior team came in 2015. He was also a part of the Mexican team that won the bronze medal at the 2020 Summer Olympics in Tokyo.

Martin is a professional footballer who makes good cash. He has an impressive deal with his current team, Liga MX club America but the team has not given many details about the contract. But we can be clear that Martin is taking home a fair salary. 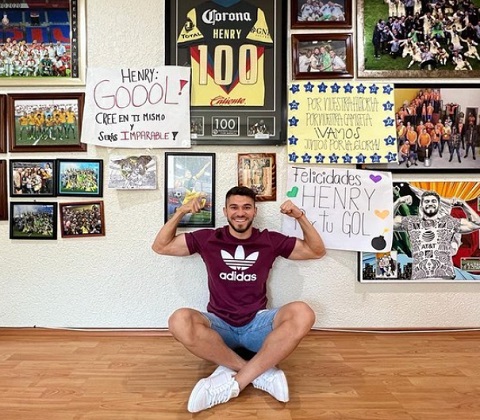 According to EL Futbolero, Martin is receiving $1 million per season from the team. In the same way, Martin is on the national team, and his income will surely increase in the future. Apart from his football profession, Martin also makes money from brand endorsement.