Hector Luis Rondon is known as Hector Rondon in baseball and he is a member of the Houston Astros of Major League Baseball(MLB). Hector played for Cleveland Indians and Chicago Cubs as their pitcher for several seasons. He started his MLB career with Indians whereas his MLB debut was with Cubs in 2013.

Rondon was born in Guatire, Venezuela, on February 26, 1988. Hector is also known for his pitching style as he has achieved several titles in baseball.

He is married to his wife Keilin Rondon and they have a son named Jose Rondon and a daughter.

Mostly the professional baseball players aren't lucky enough to make a passive income from their career but there are some exceptions. Hector is also among those who managed to earn a massive sum of around $20 million so far. It is quite amazing that his net worth exceeds $15 million. Well, apart from all this, his annual salary in 2019 is around $4.5 million.

The details about his current assets are hard to find but we can assume some facts regarding his lifestyle. Rondon's heavy paycheque helps him to live a luxurious life and he undoubtedly lives in a well-facilitated mansion. Justin Verlander is the highest earner of the Astros with a massive salary of $28 million per year.

Hector is currently playing under a two years contract worth $8.5 million with the Astros signed in 2017.

The exact details regarding their wedding date and venue are still not disclosed in media but it seems that they have been in a marital relationship for over a decade. 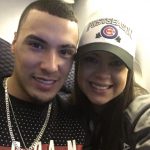 In addition to this, the couple welcomed their first child as a daughter and their second child is a son named Jose Rondon. Their children have an age difference of two years as per the reports. Well, the couple seems happy with each other and they both take good care of their children. 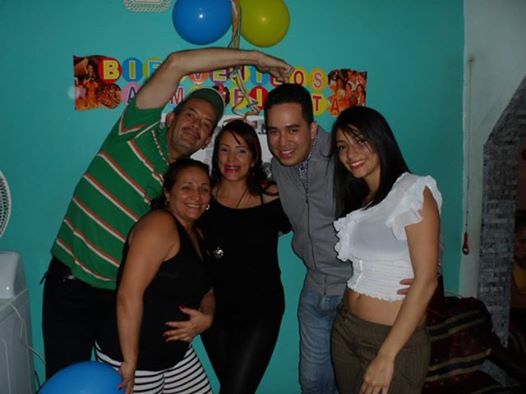 Keilin often watches her husband's games with her children. Due to his career, he took the citizenship of the United States as he has to remain most of the time in the States for his games. Hector doesn't seem som much fond of social media as his social media accounts are hard to find.

Hector started his baseball career with Cleveland Indians where he played as an international free agent. He remained with the Indians until the 2012 Rule 5 Draft in which Cubs picked him. He is also in the Cubs squad in the winning ga,e of the 2016 World Series title.

He recently got engaged with the Houston Astros after he signed a two-year deal with them. His current contract will expire after the 2019 season.