Bahebri's net worth is around $500 thousand. Bahebri has been named to the final squad of Saudi Arabia that will appear for the FIFA World Cup in Russia.

Net Worth of Hattan Bahebri

Bahebri's current market value is estimated to be around €900,000.  He has an estimated net worth of thousand dollars, but the amount is not made official yet. 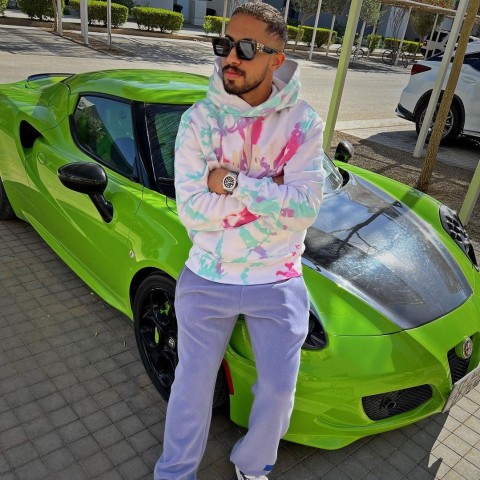 Bahebri has made a decent amount of money from his illustrious career, which as per some reliable sources, is believed to be more than $0.5 million. And the footballer's last known weekly salary amounted to £14k.

Apart from this, Bahebri hasn’t revealed anything about his properties, house or car. He might be collecting a reasonable sum from his endorsements.

Bahebri began his career as a forward with the Ittihad. Later, he left the club in 2010 after making ten appearances. He played for around five years for the club.

On February 7 2014, he was sent on loan to Khaleej. During his two years loan season, he scored three goals in 18 appearances.

Hattan Bahebri has been playing for Al- Shabab as a winger since 2016. He signed a contract with the team on January 7 2016, on a free transfer. He has an agreement with the team, which keeps him until June 30, 2019. After the contract expired, The player extended his contract.

Hattan Bahebri made his international debut with the Saudi Arabia U23 in 2010. For the youth team, he played five games, scoring two goals.

In 2017, Bahebri earned his first senior cap with the Saudi Arabian football team. He has been capped four times for his national team.

Recently, on June 3, 2018, Bahebri was used as an eleven starter in a 0-3 loss against Peru in an international friendly. Similarly, he played as a starter in a 2-0 win against Algeria on May 9 2018.

Bahebri was named in Russia's Saudi Arabia’s preliminary squad for FIFA World Cup 2018. He was named in May 2018, along with Muhannad Assiri, Motaz Hawsawi, and Abdullah Otayf. 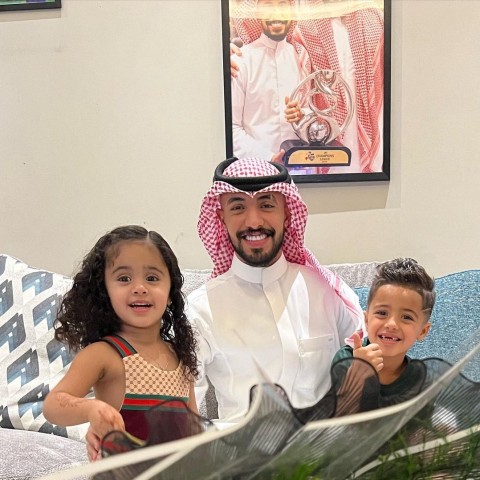 Hattan shares a photo with his children SOURCE: [email protected]

Hattan is a married man living happily with his wife and children. Although, The player is an active social media user but has not shared a word about his wife. He has shared a few images of his children. The duo is proud parents of two children, a son and a daughter.