Hassan Haskins is a professional American football running back for the Tennessee Titans of the National Football League. Haskins played his college football for the Michigan Wolverines. Along with football, he participated in other sports like high jump, basketball and track and field during his school days.

The Tennessee Titans running back Hassan Haskins was born on 26 November 1999 in St Louis, Missouri. Haskins is just 22 years old, and his zodiac sign is Sagittarius. Talking about his physical appearance, he has a good height of 6 ft 2 inches and weighs 100kg. In addition, he has a dark skin tone and short black hair.

Titans jersey no. 25 Haskins joined Michigan University on a scholarship, where he played for three years of his college football there. His talents, skills and pace impressed everyone in his college, and he was on the regular first-team squad of the team. During his redshirt first year, Haskins played as a linebacker. The footballer Haskins was selected as a first-team running back on the 2020 All-Big football team. Haskins also set the single-season program record with 20 rushing touchdowns. He has been playing for Michigan from 2019 to 2021. The 22-years old rising running back still has a lot of work to do and is still in the early phase of his career.

The Tennessee Titans drafted the athlete in the four in the 2022 NFL Draft. The former Michigan player is grinding hard to get into his best form.

Hassan Haskins's annual earnings, salary and money and net worth

As per the sources, his estimated net worth is below $1Million. The 22-years old Titans' running back is in the beginning phase of his career.

He just got into the NFL in 2022, and is ready to make millions of dollars. Since he is an unsigned draft pick his contract is yet to come. 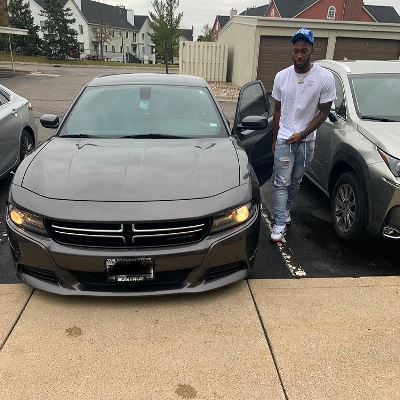 Haskins is very focused and dedicated to his career at the moment. If his performance remains consistent, then it's certain that his annual earnings will rise significantly shortly. Haskins has not flashed any details regarding his earnings and salary, so it's still under the radar. Anything regarding his net worth remains muted, so we will provide you when it's available.

We can easily access Haskins on various social media. He goes by the Instagram name @h2_2535, which has 44.8 K followers. Through Instagram, he outgives his football-related facts, news and events to his fans and following.