Hassan Al-Haydos is a Qatari professional football player playing for the Al Sadd Sports Club, or simply Al Sadd. Al Sadd, a professional football team from Qatar with its headquarters in Al Sadd, competes in the Qatari Stars League, the top-tier league in the country. With 158 international appearances under his belt and thirty-four goals to his name, Al-Haydos also competes for the Qatari national team.

Hassan Al-Haydos plays from the right-wing position. Hassan Al-Haydos wears the shirt number 10 for his current club, Al Sadd. Hassan is one of the most skilled Qatari players with multiple trophies in his cabinets. Playing with Al Sadd SC he has won four Qatari stars League, two Qatari cups, one Qatari League Cup, one AFC champions league and one Qatari super cup. He also won the Asian cup in 2019 with team Qatar.

Hassan Khalid Hassan Al-Haydos, simply known as Hassan Al-Haydos, was born in Doha, Qatar, on December 11, 1990, Hassan's star sign is Sagittarius. Hassan is 31 years old as of 2022. Hassan is 5 feet 7 inches tall and weighs over 65kg. Al-Haydos has kept his mother and father's names and occupations a secret. The parents of Al-Haydos are both Qataris and of Asian ancestry. 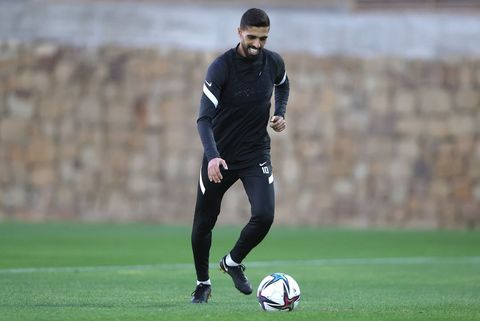 Hassan has kept the identity of his siblings a secret. Information about his siblings has been kept a secret from him. Hassan was raised in a region where Qatari is the main language. They identify as Muslims because they follow and uphold the Islamic faith. Hassan attended a Qatari high school and college and is a native speaker of the country.

Al-Haydos, Sadd's skilled player, has always been a dedicated player. He used to become involved in every possible school and university activity. He participated in a range of sports and activities while at school. Hassan was always interested in sports and used to enjoy playing them.

At the age of eight, Al-Haydos began participating in football with Al Sadd, moving through the divisions until he was seventeen and made the first squad. Jafal Rashed Al-Kuwari offered him assistance and direction at the beginning. 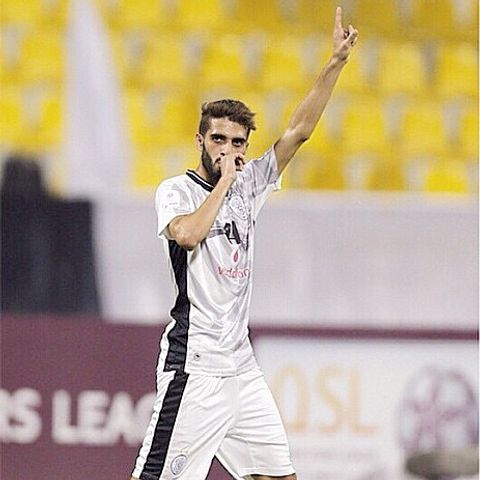 In the 2011 AFC Champions League penalty shootout versus Jeonbuk, he was one of the players that took a penalty shot. The ball bounced off the top post, and he scored. Al Sadd's participation in the FIFA Club World Cup as the Asian representative was guaranteed with the victory.

He was once more chosen to take one of the penalty kicks in the third-place match between Al Sadd and Kashiwa Reysol, which ended 0–0. Al Sadd triumphed 5–3 in the penalty shootout. He received 58 out of 104 votes from a panel of analysts, coaches, and administrators to win the title of "Best Qatari Player" in a poll held by Doha Stadium in 2014.

Al-Haydos made his Olympic debut for Qatar in 2007, coming off the bench against Japan in the 2008 Summer Olympic Qualifiers to score a late goal that gave his side a 2–1 victory. He participated in two more games throughout the campaign, coming on as a replacement in the second half against Vietnam and Saudi Arabia, respectively, where he scored. As the team's captain, he also had a significant role in the 2012 Summer Olympic Qualifiers, when he scored a goal against India early on. He participated in all of the games during the group stage, netting goals against Oman and Saudi Arabia after being set up by Saleh Badr to give Qatar a 2–1 victory and a glimmer of hope for Olympic qualification. He was named Man of the Match.

On September 10, 2008, Al-Haydos made his senior national football team debut for Qatar against Bahrain in a 2010 FIFA World Cup qualifying game. Since then, he has played 146 times and scored 32 goals for the national team, making him the most-capped player in Qatari football history and tied for fourth in terms of goals scored with Mohammed Salem Al-Enzi. Hassan is also set to make a world cup debut in November 2022, as they are the host nation, they qualified directly without playing qualification matches.

Salary and Net Worth of Hassan Al-Haydos

The most significant player for Al Sadd, Hassan Al-Haydos, started playing football professionally in 2007. Hassan's football career has made a big financial contribution. Al-Haydos has only played for one team in his fifteen-year professional football career. Hassan has a fulfilling life as a result of his accountability and diligence. 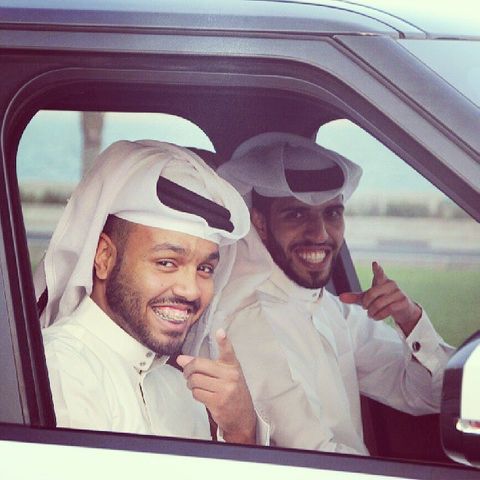 Hassan in his car with his friend SOURCE: [email protected]

Hassan earns a substantial sum of money via sponsorship and funding agreements. Money exchanges between the two elite units have reportedly not been made public. Hassan is one of the best-paid and most skilled players in the club.

Hassan Al-Haydos is a clangorous and proactive athlete. Hassan is a married athlete and has been married to a Qatari woman as per the sources, but he has not revealed his wife's name and occupation details as of now. Hassan Al-Haydos also does not post his wife's picture on his Instagram account. According to the Qatar sports media personnel, The Al-Haydos pair has been dating for a very long period, yet they are genuinely unsure of when their relationship began. They also have a daughter as a child.

Hassan has 128k followers on Instagram with the account @hassanalhaydos. Hassan uses each and every opportunity to highlight his sponsors and businesses. Hassan is one of Qatar's most well-known footballers on the internet.